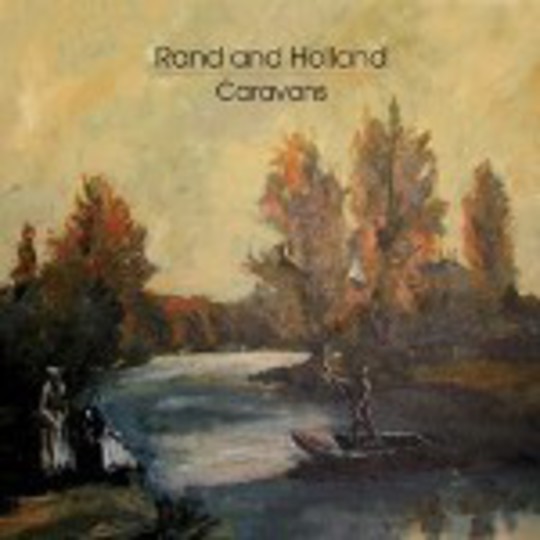 There’s a realization happening in Australian music. A voice, one of a collective surety. It’s in touch with its surroundings, this voice, finding its footing in a sense of evocation. I’m not sure what it is, precisely, but there’s something essentially Australian sounding about Caravans, the second album from Sydney band Rand and Holland. It’s something universal, though, their penchant for the atmospheric, for the evocative. They create landscapes with single chords; this, they’ve always been good at, and on this, their second album, they’ve put it to the most amazing of uses: mining pop gems, shining them, covering them back in dirt.

This is their pop record, to them at least. Rand and Holland has always been the golden vehicle for Brett Thompson, but pop for him is always manifested in different ways. This is certainly a significant contrast to the moodier Preservation release, Tomorrow Will Be Like Today. It’s massively gentle for the most part, and there’s a good sense of pace running throughout. Opening track ‘The Light’ is all undulating finger plucks; it’s whimsical, confident, but treads its ground carefully.

Caravans is organic, belonging to a pastoral tradition. Nick Drake comparisons are useful; the same, too, with Jim O’Rourke perhaps. Yo La Tengo, Smog: they can be brought up, but to this approach Thompson brings a particular earnestness. Perhaps that’s the ‘Australianness’ of it, something that extends beyond his accent. Lyrically, Thompson is lucid and unaffected; his voice has a particular smokiness to it, without too much effort. There’s an overarching tone that isn’t present on the aforementioned comparisons. Rand and Holland work with this and, here, have made something masterful.

Despite the restraint applied across the record, it’s definitely got a density that runs throughout. Violins come in halfway through their ‘hit single’ (in a Rand and Holland sort of way) ‘Night Is Only Young’, fleshing it out perfectly. Horns on the first track are delicate and it’s all very ‘arranged’, but also very carefree. This is a record that has taken time to craft. After recording an album full of material, Thompson scrapped it to go to work on what is heard here on Caravans. A smart move, it seems, as this is a wonderful record.