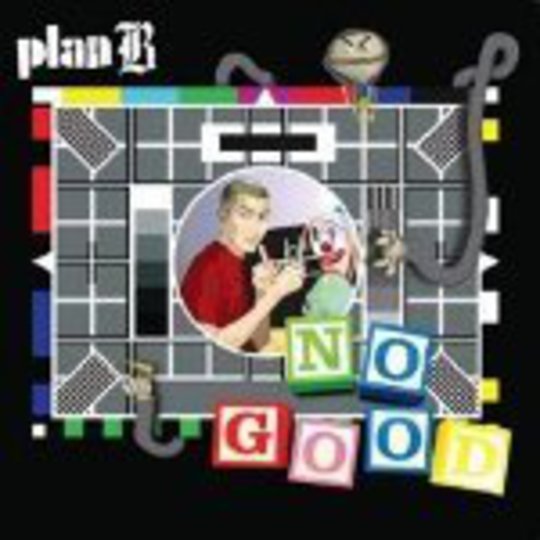 With the present vogue for supposedly ‘real’ and ‘voice-of-the-streets’ vocalists, it’s perhaps surprising that Plan B isn’t much more popular than he actually is. And with this single also tipping its cap at the new rave fraternity with an interpolation of the chorus of The Prodigy’s ‘No Good (Start The Dance)’, it surely touches enough popular bases to hit the upper echelons of the Top 40.

Yet, on the other hand, Ben Drew’s unconventional style and intense, graphic lyrics jar uncomfortably with the nauseatingly anodyne safety of the popular music world. While rappers of a more ‘gangsta’ persuasion can profess to justify their shtick through its ludicrous cartoonishness, right from the off Plan B peddles conflicts rather closer to home – “I stab you in the eye, yo, with a fucking biro”.

Of course, it’s extremely funny, too. Like how he quickly offsets his nihilistic drinking habits – “don’t give a fuck about my liver” – with the caveat that he doesn’t drink pints “cos I’m trying to watch my figure”.

In addition to Drew’s enormously dexterous vocals, there’s a subtle complexity to his material, as an endearing human weakness pervades the apparent bravado. As the title of his album Who Needs Actions When You Got Words suggests, this is not the work of a thug regaling the listener with a running commentary of his punch-ups, but rather a man giving vent to the “dark thoughts” that plague him. As he states in ‘No Good’, “I’m only spreading shit just for the sake of saying it / So you know I don’t plan shit”. Hey, maybe he’s not ‘real’ enough for the general public after all…

Whatever, the general public can take their Ford car advert jingles and go swivel. Cos Ben Drew don’t need nobody. Don’t need no-one that’s no good for him.