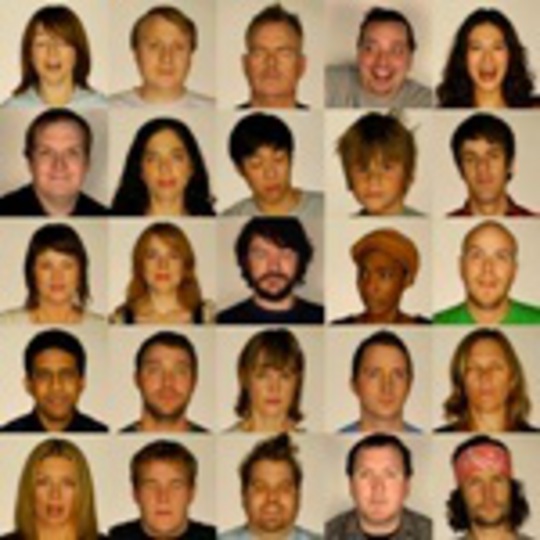 It’s the sound of Cursive at their most desperate, this; the sound of a band well aware that the world is crumbling around them and all they can do is hang on to something solid ‘til the floor beneath them collapses and we all fall into hell, cats and dogs and shit bands tumbling beside us.

‘Big Bang’ should be essential listening for any band aspiring to mix fraught emotion with the sort of snort-scream instrumentation only usually heard when an entire orchestra’s shoved against their will – obviously – into a shit-off small iron maiden. Kasher, Tim, curses humanity for remaining “down on its knees” before, eventually, just accepting the inevitable: “In a world of entropy, why can’t we just simply be…?”

There’s true misery, true frustration, in the man’s voice; his bandmates accentuate his lyrics with an intelligently designed arrangement that clatters and crashes like little else you’ll ever allow to wrap around your ears this year. It’s acerbic, but accessible. There’s some religion in here, too, something about apples and snakes, but the message’s secondary to the rock in this instance. Cursive’s inspirational roots run deep, but ‘Big Bang’ can be appreciated on a purely sonic level – i.e. you can bang your head hard to it – if the listener so chooses.

There was this big bang once, and by the sound of it Cursive are channelling the blast from said universe-conjuring twist of fortune through amplifiers of molten lead.