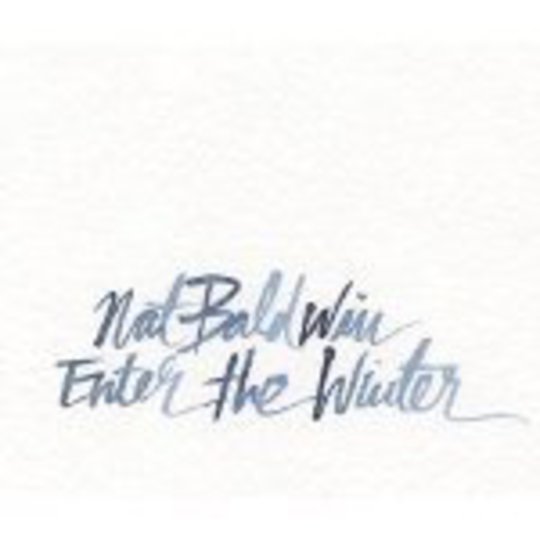 The double-bass is probably best known for its starring role amongst old-fashioned rock and roll bands, all sparkly baby-blue jackets and slickly-gelled hair. What it’s not often associated with is an avant-garde approach to folk music, nor can you usually find one being wielded by a solo artist. But no-one told Nat Baldwin this.

Enter The Winter follows on from Baldwin’s recent mini-album, Lights Out, from which ‘Only In My Dreams’ was used to soundtrack an Orange advert, but whilst that featured a simple bass-line and single vocal line, his newest offering is much more layered and textured, often straddling the line between music as entertainment and music as an art form. The words are not important – this is all about sounds, and Baldwin is joined in that respect by a handful of percussionists, cellists and a trumpeter, together creating a collage of sounds which flows effortlessly.

Yet despite being more about sounds than lyrics, the most prominent instrument present is Baldwin’s voice. Delivered in falsetto in the same range as Thom Yorke, Baldwin’s words are barely formed, incomprehensible as he staggers out of tune at every syllable. This can lead to problems when his voice is doubled-up, trying to sing the same tune but faltering in different places, leading him to clash horribly with himself, and this effect is worsened further on the few occasions when the sounds that clash are little more than extended wails.

In another way, it’s fascinating – the words don’t seem to have an identifiable beginning nor ending, they’re almost shadows of the words rather than real pronunciations, at times sounding more like the vocal line has been reversed. The experimental feel is part-Radiohead, part-Beatles and, crucially, their inescapable nature and unusual delivery will mean that how these are interpreted by the listener may well be the difference between liking Enter The Winter and branding it arty nonsense.

On occasion, though, it can get a little too arty for its own good; wandering across the line between free-form noise and pretentiousness. ‘Spells’ is little more than three minutes of briskly-shaken tambourines accompanied by some squeaky, bowed noise before it bleeds into the next track, and ‘X Factor’ is little more than some bass noodling.

Elsewhere the double-bass is complemented beautifully by the cellos, leading to a classically natural sound, and whilst this feel sometimes fades when the vocals are added to the mix, especially when there’s more than one layer of them, Enter The Winter remains interesting. Despite any shortcomings it may have, there are still plenty of great ideas here delivered with much originality. But whether it works for you, the listener, will depend on both your view of free-form jazz and ability to stomach an unruly, if intriguing, vocal approach.