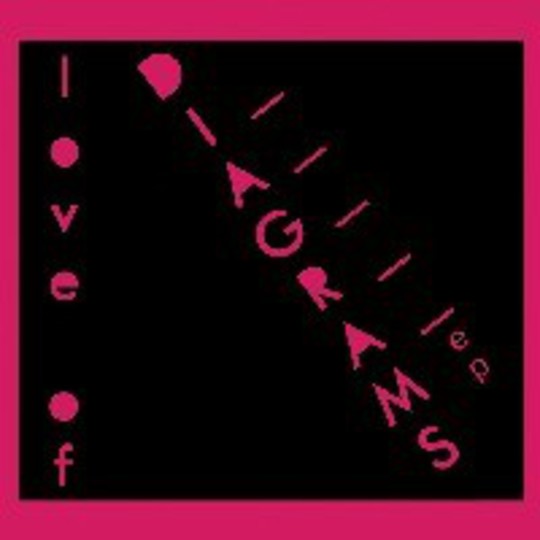 New to these shores they may be, but Melbourne-based trio Love Of Diagrams have actually been around for six years. They’re about to release their second long-play record, Mosaic, so I guess we should have been paying attention earlier.

Well it's quite simple, really: if you have any liking for DIY artsy punk such as The Raincoats or The Slits and find the avant-garde, off-kilter shout-first-and-shout-back-twice-as-loud new-wave musings of Le Tigre and The Rogers Sisters enthralling and invigorating, you should have already have fallen head over heels for this.

This self-titled EP features four tracks in total and every one is a winner, from the opening jerk-pop-throttle of 'Pace And The Patience' to 'The Pyramid' and its finely deconstructed rhythms that come on like Siouxsie And The Banshees played through a two-step sampling machine. 'Cool' is pretty much as its name suggests, which is pretty damn good going considering it's a cover version (albeit an obscure one). The best is saved 'til last, though, with 'No Way Out' jumping and flailing incessantly like a hyperactive toddler on liquid ecstasy.

Spread the Love Of Diagrams. You know it makes sense...

_Love Of Diagrams play live in London this month: