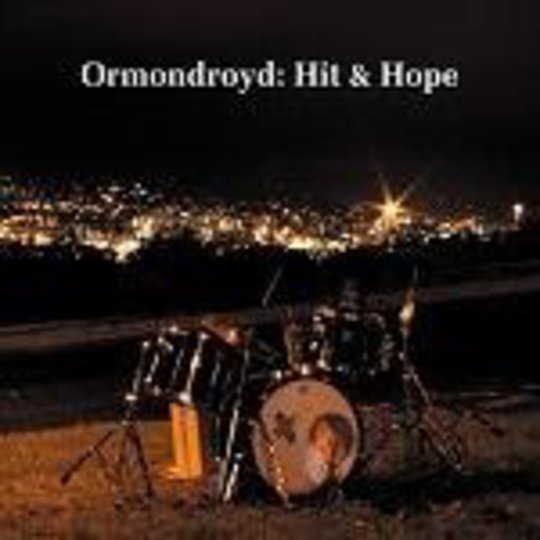 Being Canadian, I was at a loss originally as to where Ormondroyd acquired their moniker. I kept thinking along the lines of science fiction, Star Wars, Klingons and all things from another world. Having that imagery firmly placed in my head, I put on_ Hit & Hope on the assumption that space-rock akin to Spaceman 3 and Spiritualized was on the menu, as in most cases, a band’s name does hint at its sound. So, judging this book by its cover, I wound through the dozen tracks on _Hit & Hope and my initial prognosis proved truthful to a certain degree. There were moments of post-rock, atmosphere and trips down shoe-gazy lane, and a definite edging towards spatial territory; that’s sounds culled from dreaming about what could be around us, more than what literally is. Then, after a little research post-listen, I discovered the quintet was in fact named after a famous footballer. Well that threw a wrench in my assumption gears, as there is little on this disc I can denote as originating thematically from football.

So, putting the truth aside for a moment, I return to the assertion that Ormondroyd is in fact some sort of extra-terrestrial metaphor, and their music, as such, emanates said factoid. It is easier to grasp the emphasis of Hit & Hope this way.

Ormondroyd often cannot decide where to go with their sound, however promising it is. Regardless, as debuts go, this is a strong effort searching for the right stars, but falling short in finding exactly which one the Sheffield lads are looking for. I suppose with extensive touring and another few recordings under their belt, their search will succeed.