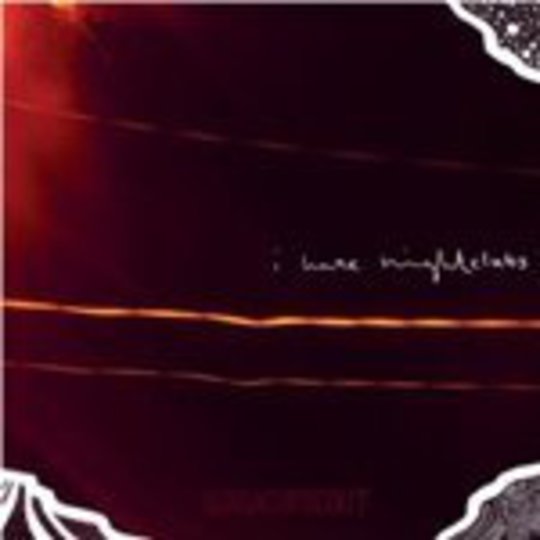 The second single release from I Was A Cub Scout includes predictable musical pains full of heartfelt emotions, but their efforts just don’t push hard enough. Tune titles appear stamped on randomly as they share too-common lyrical objectives and musical wrapping that simply sounds like everything else.

‘I Hate Nightclubs’ begins with a couple of comfort chords run over by some fluttering keyboard flights, and it’s all kept afloat by some feverish humming drumming. Todd Marriot’s vocal efforts strain with aches of common teenage angst and spin into some languid ah-oh-las as if he’s prematurely run out of steam. Mentions of a nightclub are no where to be found. The song swirls into dead silence to expose an isolated keyboard melody, bridging itself nicely into a close, I guess. What could be sincerely earnest just resembles shabby vulnerability; ideas and directions are clear but nothing is packaged tight enough to pack a punch.

‘Oh! What a Fiasco’ doesn’t resonate enough of a heavy-hitting conflict to deserve such a title. It operates much like ‘I Hate Nightclubs’: it exhausts twinkling keyboard escapes to piece some feeble portions to some more feeble parts of the same species. Drumming picks up the pace on this one to make it mildly exciting, but the combination is just not tough enough to be completely redeeming. Too many parts modest, not enough parts assertive: results are too politely forced to create a lasting impression. What could perhaps potentially provoke upright intentions of an inventive pop sensibility sounds too much like filler combinations of common scraps that simply fail to grasp durable skin.

I Was a Cub Scout is a group I really pine to enjoy, but it just doesn’t happen.