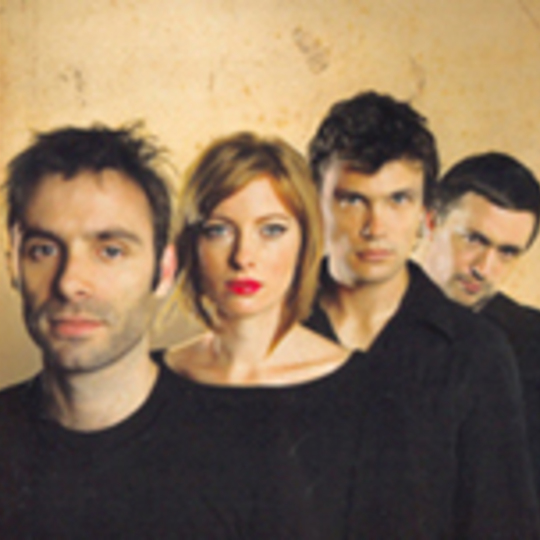 Carrying 13 pop-sized tracks, their self-titled album opens with 'Run Run Run', which legs it at quite a pace, fuelled not so much by adrenaline as by drummer-boy drums, a squeaky urgency and Björk-ish breathlessness. There's a light and airy touch to several of the songs but, for most, wholesome ‘70s arrangements suggest a degree of kitsch, not least on 'Maybe Tomorrow', which has the same Tom Jones 'It's Not Unusual' skipping drum and guitar combo, twinned with The Divine Comedy's vocal line for National Express'.

Although singer Kirsten Morell is not dissimilar to Bells' Juanita Stein, the latter publicly acknowledged a style debt to the The Sundays' Harriet Wheeler. And while we're talking dues, there's a bit of a Muse thing going on in the arrangements, which quiver with arpeggios. But then again, Muse didn't pioneer that form of aggrandising either.

By and large, this namesake album strides out on grand designs carried by variously sized mini-me Lloyd Webber chord progressions. There are bits of Blondie and some Queen tossed in, as well as tours taken through the vocal mannerisms of Chrissie Hynde, Kate Bush (including a cheeky 'Hounds of Love' lyric check), and the benchmark sample from 'Voodoo Ray'.

After what seems like far too long floating on the warm winds of Nowhereland, a little challenge, some tension, feels desperately needed. Then out of the blue comes 'Riverhead'. Opening with a grumble of drums and some warped and fuzzy prog organ, it's a real surprise when the next sound heard is from an earthy and sensuous male voice. There's enough mystery and darkness here to draw the listener closer to the speakers. It develops into a duet and remains the most fascinating track on this collection. After it closes, it's just a case of waiting for the disc to conclude.

Overall, Goldenhorse have made a wistful, backwards-looking album that filches a mishmash of favourite things. With the exception of 'Riverhead', this reviewer needs much more than that.

The Fratellis, The Enemy at Rock City, Nottingham, Sat 17 Feb