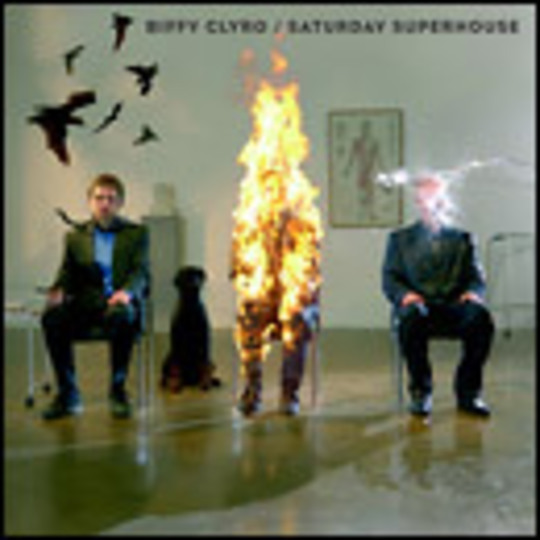 Apologies for spoiling the love-in, but I've never really understood the heaps of critical - and more recently commercial - acclaim that seems to have come the way of Biffy Clyro.

Even back in the days of 'Justboy' and '57', one felt that the only reason the Scots were being given so much attention was because they were a more lively alternative to the comatose collective of Coldplay and their clones, the bands that clogged up the airwaves and charts of the time.

"'Mon The Biffy" say their disciples and, I've got to say, I'm with them on that one. As in, "Come on Biffy, wake up and write an original, interesting tune!"

At this moment in time they seem to be stuck in a Tardis, one programmed to travel to the ‘90s, with no means of escape. Last single 'Semi-Mental' saw the trio performing a damn fine impersonation of Troublegum-era Therapy?, and ‘Saturday Superhouse’ is comparable only with a song of the quality of a Foo Fighters b-side. It would have probably sounded great on the flip of 'This Is A Call' in '95, but it just sounds tired and laboured in the present day.

Let the love-in continue by all means, but count this writer out. Yawn…