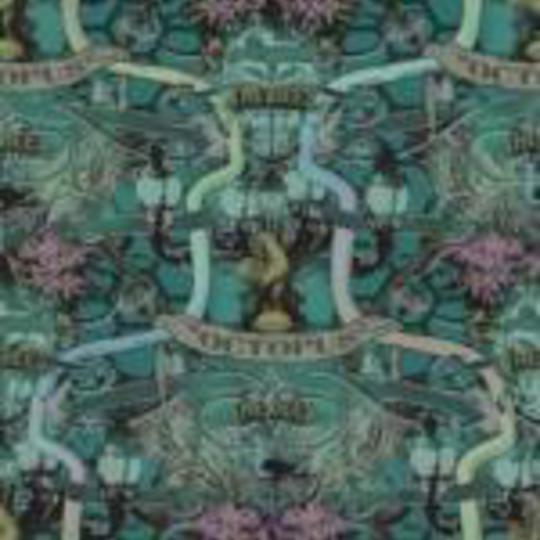 The 1960s. They were rubbish, weren’t they? Just a load of old hippies getting fuck all done. Then punk came and blew it all away and blah blah blah blah blah BLAH. You know what? I’ve had it with this bollocks – not everyone should start a band. In fact, the government should pass legislation to cap the number of bands in this country so we don’t have to endure their fuck-awful racket all the live long day. Here’s three chords – now LEARN SOME FUCKING MORE. And learn them better.

Reactionary guff? Maybe. But last year saw Midlake trounce dissenting voices into the dust with their _The Trials Of Van Occupanther _album, a resplendent exercise in pastiche as art form and probably the best argument for MOR I know of. Of course, some critics waved their treasured CSN&Y records about derisively with all the ‘me first’ dementedness of a provincial granny with a full house at bingo. Needless to say, they missed the point.

Skip to 2007, and anyone with ears and brains still on speaking terms knows the album of the year so far is Field Music’s_ Tones Of Town_, as sublime a synthesis of pomp-era Beatles and Steely Dan (along with the prerequisite post-punk influences) as you’re ever likely to hear.

In short, pop’s retro brigade is in rude health, and it’d be silly to let a few cadaverous twitchings from a generally toothless national music press spoil our enjoyment of 24-carat classics like those aforementioned gems.

Not that we’re putting Octopus in that category just yet. The Bees draw on a wider set of influences than most, from psychedelia to funk and folk through to reggae; consequently, they’re going to have to work harder at knocking them into some kind of convincing shape. After all, that sweet, sweet honey isn’t going to make itself. Specifically, The Bees belong to that patchy tradition of British eclectic-ists (Super Furries, The Coral, The Zutons, er, Space) whose recorded output is the aural equivalent of patiently working your way through a tube of Fruit Pastilles with the dawning realisation that_ most of them are orange_. It’s a brand you trust, but shouldn’t there be some kind of screening process to stop this kind of thing from happening?

All of which augurs badly for an album bookended by two of the foulest citrusy bursts imaginable – well, ish – kicking off with the moderately annoying ‘Who Cares What The Question Is?’, all cockney two-step_ pianner_ and bluesy slide fills, and ending with the wacky posturing of ‘End Of The Street’, a lightweight bit of Beefheartian skronk complete with OTT comedy sound effects.

Get past these two clunkers, however, and there’s plenty on offer. The rolling, bucolic folk of ‘Love In The Harbour’ recalls The Grateful Dead, by turns serene and turbulent like a big ole river.

Then the fun really begins on ‘Left Foot Stepdown’, a cartoonish rendering of The Specials’ spook-house reggae pop, like Tim Burton shaking his booty at a goth mardi gras. ‘Got To Let Go’ is similarly inspired - like a The Go! Team rewrite of ‘Step On’ - with fabulous horns, Hammond organ and vocals meshing seamlessly into an a organic whole that’s as natural as putting on yesterday’s socks, only much fresher.

_ ‘Listening Man’_ is a ballad of such tender simplicity as to preclude the usual platitudinous claptrap that that makes most pop odes as disposable as flowers from the 24-hour garage. It’s almost pre-verbal, like Bob Marley at his most misty-eyed and reverential, or maybe Moondance-era Van Morrison.

After this superlative triple whammy the rest is pretty much all gravy, from the Sly-esque, brothel creeper-clad funk of ‘(This Is For The) Better Days’, to ‘Hot One’’s gallic-tinged garage romp.

So let the cynics bleat their anti-nostalgia mantras from 30 years ago ‘til the cows come home - The Bees have made a record sparkling with enough wit and ingenuity to make the past seem an undiscovered country well worth visiting.