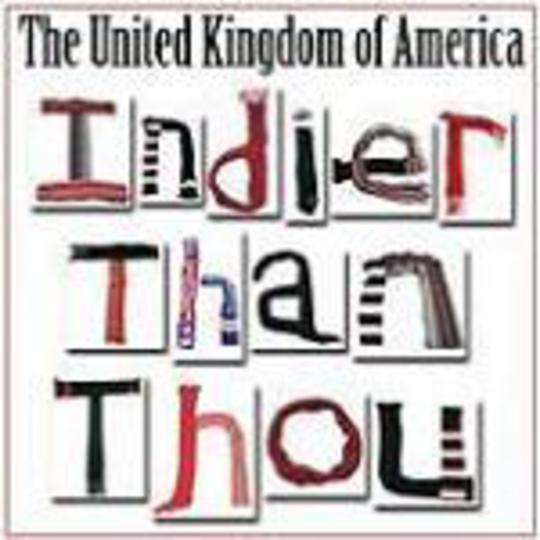 First up, a quick compare/contrast:

I’m in an indie band!

Four chords and tour the land"

Getting a sense of familiarity? Thought you might. So did I.

But! Just ’cause there’s an element of the Art Brut to United Kingdom of America’s chosen target and their method of attack doesn’t mean that this single isn’t really fucking funny. And pretty accurate, picking up the most stereotyped but nonetheless true elements of the indie uniform/mentality (“I’ll wear a scarf indoors…”) and parodying them over a spiky, energetic hook with a contagious rhythm, sarcastically bounding bass and a general sense of punky energy and masses of humour. And, like, there’s a tune too!

Maybe UKofA only have this joke, and have now played it out. Or maybe they’ve a veritable cornucopia of subject matter just waiting to follow this release onto the airwaves. Either way, this is a very funny song which hits its targets dead on, and if you’ve a taste for irreverently humorous punk music you should make sure you hear it, because it will make you giggle like a child.

Especially the bit where they sound like the two heckling old men* from the Muppets playing Marley and Marley, which had me in stitches the first time I heard it.

*Whose names I just Googled: they’re called Statler and Waldorf.