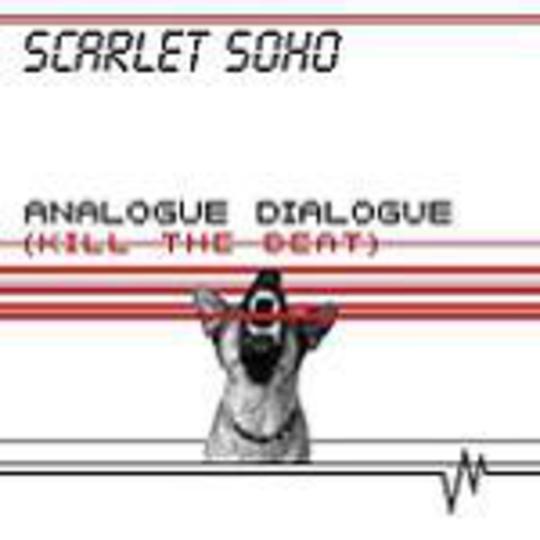 There’s a certain brand of electro-pop which exists in its own insulated universe on its own terms, with nothing to prove to any outside movement and no need to nail its colours to any one else’s mast. It’s this that Scarlet Soho trade in – and every time they release something new, they seem to increase in the assurance with which they manipulate their sound.

Their new single ‘Analogue Dialogue (Kill the Beat)’ is built around extremely danceable (but not too pounding) beats shared between drum machine and complex synthesiser rhythms, with a sufficiency of more unusual noises over the top stopping things feeling too simplistic. The A-side contains a minimum of emotion, limiting itself to the odd shot of melancholy or more passionate vocal here and there, but this lack is more than made up for by stylishly bleak B-side ‘Cyclone’.

A confident and stylish single: uptempo, slickly produced and, just to round things off, very sharply-dressed.