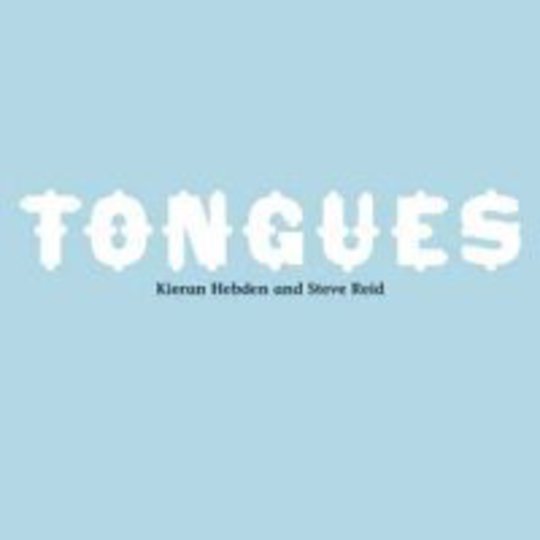 The concept of Kieran Hebden and Steve Reid collaborating was an exciting prospect on paper. On the one hand you have Hebden – an innovator in the field of contemporary electronica, renowned for his work with Four Tet and Fridge. On the other is the drumming of Steve Reid – something of a heavyweight on the jazz scene, whose credentials include playing with Miles Davis and Sun Ra.

Over the course of 2006 Hebden and Reid recorded two albums and toured together across the country. They called the albums The Exchange Sessions. The name was supposed to be some indication of how the albums would work, but alas, this wasn’t the case. A factor which affected both critical and commercial success with the albums was that there seemed to be no conversation between the two artists; the group dynamic was almost non-existent. Another criticism was aimed at Hebden’s own input into the albums: with little in the way of melody, he was reduced to repeating himself with driftless sounds aimlessly wondering in and out of time with Reid’s jazz drumming. With Four Tet, his music was never reduced to the background. Every sound wrestled for attention, contemplating its own bright existence in Hebden’s melange of digital bliss.

Tongues – perhaps their last attempt at winning an audience over – is in no way a mere continuation of The Exchange Sessions; it is, in fact, an unmitigated endeavour to further their collective ideas without taking a retrograde step towards their past work. Where the average song length for The Exchange Sessions lasted around 15 minutes, Tongues' longest track is six minutes. These are short, succinct jolts of electronic composition. The pair have dropped a lot of the free-jazz noodling, and in its place are quick, enthralling shots of twisted beats and Hebden’s skittering bleeps and blips. Aesthetically, it could be seen as some kind of punk-rock jazz – an innovative, wildly different attack on musical conformity.

Steve Reid recently cited Kieran Hebden as his “musical soulmate”, and with Tongues the pair assert the connection missing from their previous recordings. Right from the offset it’s clear that the pair have made a drastic attempt at bringing out a reaction from the listener: the sequencing of the first three tracks is important, as it sets out their aims for the album. Hebden has amassed a hefty selection of sounds, and has put a lot of preparation in building songs out of them. They reach out and grab you from the first few bars, reminding you that the pair isn’t ready to settle into a dull routine just yet.

One of the many aspects of Tongues which makes it such an exciting listen are the diverse tricks employed by the pair. On ‘The Squid’, Hebden bases trickling electronics around a deep sub-bass, while Reid alternates his rhythms between different tempos. Following straight after that is ‘Superheroes’ – a track which uses rave sirens atop an effervescent backbeat. Instrumentally, they go all out on Tongues to stray from the minimalist sounds used on its predecessors. With ‘Brain’, the pair involve themselves in a fray of noise, tussling for dominance. It retains the sort of playfulness of a teenage jam session. When they’re not making noise, they refer to Indonesian percussion and somewhat unusual techniques of playing their instruments (see Hebden’s use of the electric guitar in the trailer below).

One of the vital elements missing from The Exchange Sessions was melody. Although Hebden only loosely used melody with Four Tet, he used it in such a way which differentiated him from other electronica-based protagonists – the result was minimalist, colourful, and oddly affecting. With Tongues, Hebden on numerous occasions uses melodic insertions to brighten up his side of the bargain. It gives the album more texture, depth, and a lot to get excited about. Where The Exchange Sessions often relied solely on the rhythms to drive the music, Reid now seems to base his drumming around Hebden’s electronic collages. The fact that they’ve come to understand each other’s trade over the course of the last year means that they can play to their strengths with Tongues.

As the recordings are live with no overdubs, there’s no opportunity to gloss over an average performance. For many that aspect was the bane of their previous recordings, but here Hebden aspires to give their music the soul it’s been lacking. In correspondence to Hebden's soul, Reid gives it the energy. Although not strictly linear, he gives his grooves more focus, and at times it's almost danceable.

Tongues isn’t without its flaws, though. The connection between the pair isn’t always consistent, and you get the nagging feeling that Hebden is repeating himself with sounds he’s used elsewhere. Those still expecting it to sound like a Four Tet album will find even more to fault with Tongues; this is wildly different in its form, and not at all palatable for the uninitiated in need of a hook. Like most innovators before them, they might not be fully understood in their time, but anyone with an ear for new music will attest that they’ve never heard anything like this.

The reason Tongues works so well is not because the song lengths are significantly shorter, but because both Hebden and Reid interact on the same wave length. The result is 45 minutes of aural ecstasy; a test of timing, skill and consistency; an insistent manifesto that the pair are only just hitting their stride, and in turn, one of the most exciting albums you’ll hear all year.

To listen to sample some tracks from _Tongues, click_ here.