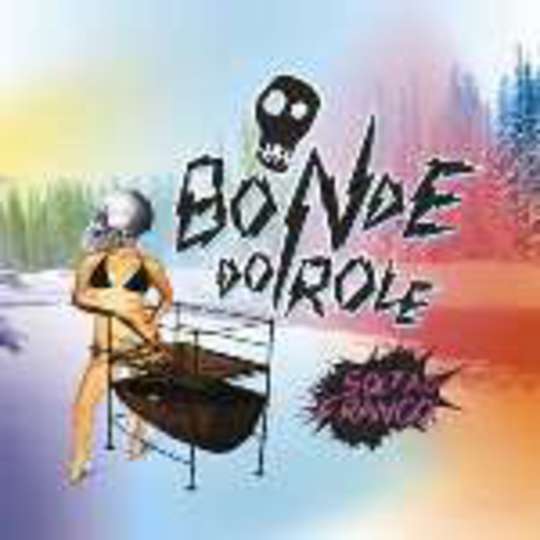 Discovered by popular DJ Diplo, trio Bonde Do Role hail all the way from Curitiba, southern Brazil. Recently signed by Domino Records, Bonde Do Role release first single, ‘Solta O Frango’, which includes a messy musical mash-up of rapping, Brazilian Bailefunk rhythms, and whatever else is around. It’s a fun mix of indie-friendly minimalist forms, with tinkering layers of retro-sounding computer meltdowns and sing-along call and responses that will eventually have you singing back whether or not you have the slightest idea what is going on.

Appropriately titled ‘Solta O Frango’, translating to ‘release of the chickens’, sounds like just that: a Brazilian version of the chicken dance, or a sonic release of crazed bird-brains, take your pick. Marina, Pedro and Gorky chime in and out with contagious, cycling rhymes and phrases that circle round and round as layers of beats stumble on top of each other like Tetris blocks; some fit, some don’t, but Bonde Do Role don’t seem to mind at all. They just keep on going. Diplo could not have described the group more perfectly: _“Bonde Do Role is like digging through the garbage in Brazil and using the pieces and making a club mess turned up the volume plus 10.” _

Second track ‘Rap Do CB’ operates much the same, containing a similar spontaneous and garrulous quality. It skats about with what sounds like a combination of candid conversation and nursery rhymes. Perhaps a certain record company is attempting to cash-in on the popularity of a certain trendy, ultra-cool, ultra-sexy Brazilian sextet. (It’s a bit of a poor man’s CSS, but shush, You didn’t hear that from me). Whatever the case, look out for ‘Solta O Frango’ on DJ turntables at a wedding near you.

Think Before You Speak