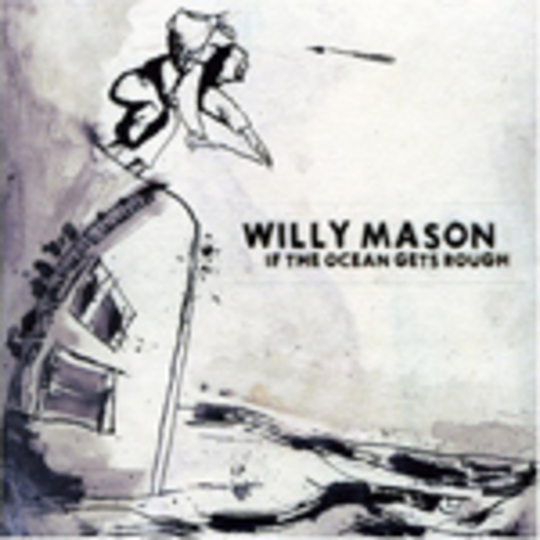 Say what you like about Martha's Vineyard's fairly one-dimensional Willy Mason, but he, like a successful business, does his one thing very well. The one thing in this case is edge-of-the-porch folk that evokes camp fires more than anarchic bonfires. And he's such a lovely boy, too.

Despite the Team Love release of Mason's word-of-mouth hit Where The Humans Eat in the States, comparisons to Conor Oberst are misplaced. The two have similar tonal qualities but, despite 'Oxygen' being adopted as a proto-protest song post-Four more years, Mason was always distinctly less politicised. A bit more subtle than 'Let's Not Shit Ourselves', but alert enough to avoid the empty sloganeering of, say, Coldplay.

But there's still an element of protest in Mason's records; protest against a world that's flying past us all before we know it. Mason sounds like the soundtrack of a stubborn decline rather than a bloody fight. And that's no bad thing - we all get left behind sometimes.

Strikingly mature for a 22-year-old, Mason proved his worth as a musician of genuine note last year in London. One man with just an acoustic guitar in front of 3,000 passionate Radiohead fans at the Hammersmith Apollo, he could have been a lamb to the slaughter. But Mason was self-assured and, let's face it, good enough to silence the giant room. He even had a Paddington Bear thrown at him as an end-of set treat.

Unsurprisingly, given his upbringing on an island, water dominates proceedings. Rivers move on as Mason's friends travel away from the small island of the Vineyard, to university and beyond and Oor Wullie sits on his rocking chair mulling over What It All Means. Oceans, trees and, er, rivers and oceans pop up over and over, which suggests two things – a grand narrative plan for the record, or a lack of imagination.

'Riptide' sees the singer trotting down to the beach in search of, well, nothing in particular. It's a great song though, which takes in Mason coming to terms with himself as, of all things, a grown up. “I guess this is me.” It's weird when you realise that, eh?

There are times, like the title track, when Mason veers into dull singer-songwriter mode. Which isn't surprising given the limited range of the album – there's little more than guitar, bass and feathery drums on most of the tracks and on the few occasions where there isn't enough melody to shoulder the day means the unattached listener will simply shut off.

In 'Save Myself' Mason repeats the mantra “slow and steady” over and over, and it's a reiteration of his musical tactics. There's no sonic arsenal, nothing to make you sit and check your ears, just gentle, simple songs that sound like the laments of a sad generation. Mason seems to have survived the minor hype of selling 100,000 records. Give him a few more years to simmer and who knows how good he might be? Slow and steady. Slow and steady. It makes a nice change, don't you think?