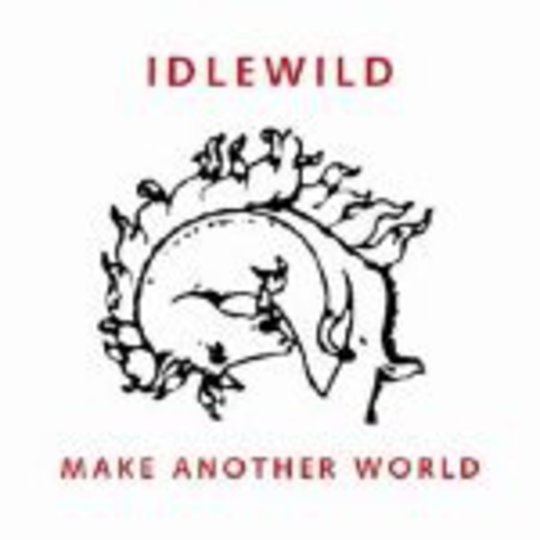 A return to form is what some’ll call this, album five from Scottish rockers of many line-up shifts Idlewild. But, really, the quintet never really lost it, as by changing their spots with each past release they essentially refused to stick to a formulaic approach that could, in turn, inform an expression of ‘form’. So they never had any form in the first place is what we’re basically saying. However, subjectively speaking this is_ their best album since _The Remote Part, released in 2002.

Never ones to wander too far into territories new despite their wavering fondness for each end of the rock spectrum – previous releases have crunched as frequently as they’ve caressed – Make Another World finds Idlewild balancing their twin loves of volatile angst-rock and vivacious indie-pop neatly and professionally. Although it was written far from the eyes and ears of record label scrutiny, there’s nevertheless a decent dollop of spit ‘n’ polish on this album – it doesn’t once toss a curveball the way of the experienced fan, and ultimately comes across as pleasant, if thoroughly unchallenging, listen.

Lead single ‘If It Takes You Home’ represents the band at their most dynamic – the rollicking number sneers and growls a la the wildly enthusiastic kids that captained Captain, albeit with a little restraint in place to prevent the song rolling off the rails and crashing into some oncoming rock outfit of younger years but wetter ears. It’s out of tune with much of this long-player, which is gentler of tone and less temperamental of temper, but comprises a treat all the same. At this point in their career, it’s great to hear that Idlewild have fires still raging in their collective belly.

Doused in extinguisher foam though it was on their previous album-length offering – let the hardest of acolytes not speak its name – the flaming central core of Idlewild burns bright throughout Make Another World. The way the guitar’s chopped and beaten on ‘A Ghost In The Arcade’s indicative of this retaining of spirit, this rediscovering of acerbity. The most genteel of arrangements here – ‘Once In Your Life’, the preliminary cut, is a fine example – are delightful despite their laidback-ness, as there’s a certain unclassifiable quality running their durations; they don’t sound made for Radio 2; they’re bruised and dejected in a way that Keane and company’s offerings can only have nightmares about. But, to return to the album’s sole slight if you will: it doesn’t ask any questions of the well-listened well-wisher.

Not that this is really a slight, of course, as Make Another World is an album that warrants a level of celebration. Idlewild have sailed through critical indifference – worse than a succession of heavy pannings – and survived the doldrums of album four to emerge re-energised. This’ll tick many a box at a fan-only level, and newcomers to the band – are there any at this stage? – will find much to love here, too.