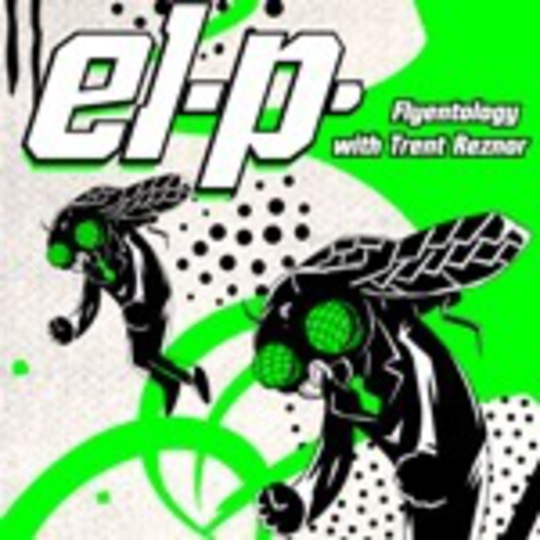 Former Company Flow man El-P, a.k.a. Jaime Meline (and El-Producto), had a slew of guest-aided tracks to pluck from his forthcoming I’ll Sleep When You’re Dead opus as a curtain-raising single – among the collaborators on said full-length are a pair of Mars Voltas, one Cat Power and a Nine Inch Nail. It’s the latter – let’s call him Trent Reznor, for that is his name – that graces this lead short-play release, although in all fairness his vocal contribution is minimal to say the least.

Not that it matters, really – the presence of Reznor will attract a variety of newcomers to the El-P cause ahead of the new album, and while the producer/rapper doesn’t so much hold court as utterly dominate it here, the gloomy goth’s smattering of lines will grasp the uninitiated in a choke-hold. Which can only be a good thing: El-P has been at the top of his game – his game being forward-thinking hip-hop that stimulates the synapses as brilliantly as it shakes the behind – for a good few years, and records like this can only increase his profile further.

The song itself is a percussive dream – beats are spliced and diced throughout, cut and pasted and posted and repossessed – albeit one with undercurrents of eeriness as keys churn and turn like the atmospheric grind heard on a horror flick just before the protagonist’s girlfriend gets one between the shoulder blades. At times it almost sounds as if Reznor is crying “oh God!” at the bloodiness of it all; throughout the song the listener is hooked deep, El-P’s barbs piercing ear canals like hot nails shot into a kid’s Pizza Hut party – pop, bang, burst and pieces of stretched rubber everywhere.

Casualties? Most that stand in the way of hip-hop’s progress are expendable, so let ‘em lie down and die. If 'Flyentology' is a preview of the rap game's future, count these stirred senses in.