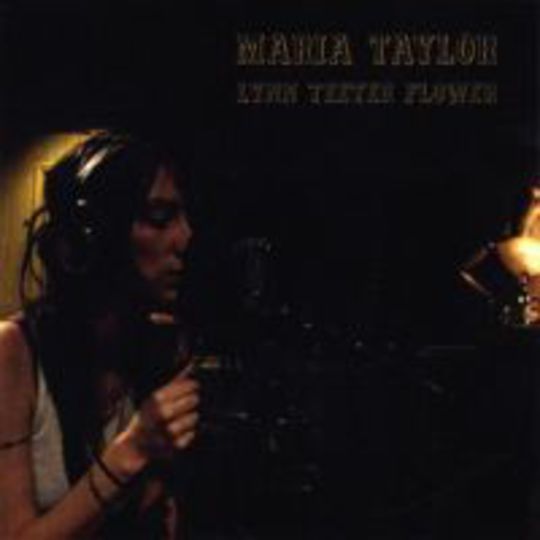 While Azure Ray felt like a breath of fresh air when Hold On Love dropped in 2003, solo records by constituent members Maria Taylor and Orenda Fink failed to set hearts a fluttering in a similar manner. Taylor’s 11:11, released in 2005, was a solid if unremarkable singer/songwriter LP, laced with tenderness but restricted by compositional regularity. Its follow-up, Lynn Teeter Flower, isn’t really even that good.

Taylor tries her hardest across eleven rarely varying tracks to impose a sense of uniqueness, of her own identity, onto arrangements that could have been penned for any solo artist with a standout voice. Predictably enough, it is Taylor’s excellently dulcet tones – full of ache whatever the formulaic music about them – that comprise the fulcrum of this long-player. She’s arresting when allowed space at the microphone, when the clutter of so-so songs recedes into the background. Take, for example, ‘Clean Getaway’: the song’s nothing special in its sentiments – “I miss you every single day” – but Taylor delivers each and every line with utmost sincerity.

Standouts are obvious, as they’re the two offerings that dare to deviate from the indie-pop template. ‘No Stars’ possesses surprising rock chops in an REM vein – nothing too heavy, but noticeable nonetheless – and ‘Irish Goodbye’ incorporates basic electronic beats into the formula to decent enough Her Space Holiday effect, while an unexpected rap from RIG (us neither) embellishes the album’s high point further. Neither, though, is particularly brilliant when appraised outside of the context of this album.

Lynn Teeter Flower isn’t bad by any means. It’s just too safe, too predictable. It becomes sound-alike fast, as songs generally flow into songs with no real themes emerging beyond the traditional pairing of love and loss (anything else exists merely on the periphery). It becomes boring fast, is what’s basically being implied here. Too bad, but not too bad, if that makes sense.