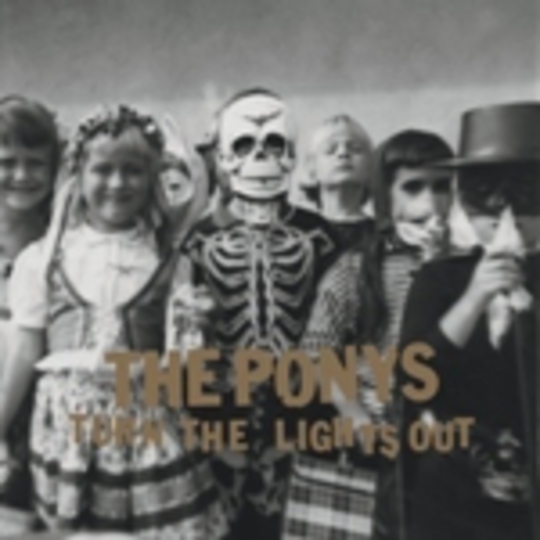 Man. I have been wrestling with this album, and what I think of it, for over a fortnight now. On one side, I have no problem with it in the slightest, and I think on some summer day it could be perfect. Honeyed, dripping, mildly Jesus & Mary Chain-inflected indie-rock is fine by me. But the thing that's been making it difficult to write about is... no matter how ‘okay’ it all is, there's a profound lack of any surprises, anything you might not expect, any... inspiration.

Turn The Lights Out has a pervasive sense of boredom, which again reminds me of summer. Of long summer days when you're a kid and you've done everything you wanted to already, or the long hour you sit in the exam after it's finished, not allowed out even though you’re done. You sit stewing, going slowly out of your mind. Until you really just want to go running through the fields, screaming.

And so it goes on. Until, hey, what's that? Has The Ponys’ third LP ended? I swear this is a Sonic Youth song, from the minor chords and bass to the Thurston-intoned vocal. But no, it's still The Ponys. Crazy! This is one heavily borrowing band sometimes. Which isn't a bad thing in itself, of course, but you have to have enough personality to pull it off rather than appearing swamped by indie-rock and shoegaze influences. And on this record, personality is something The Ponys are woefully short on.

So: after five or six listens over three weeks, I'm still totally unconvinced. It's a sturdy album. The sounds are all present, correct and nice. But I'm booooooored. The Ponys are like that band you watch midway through a festival afternoon: you enjoy them because watching bands is fun, but you will never think of them again.

I'm giving it a six then changing the CD. I don't imagine I'll be playing it again.