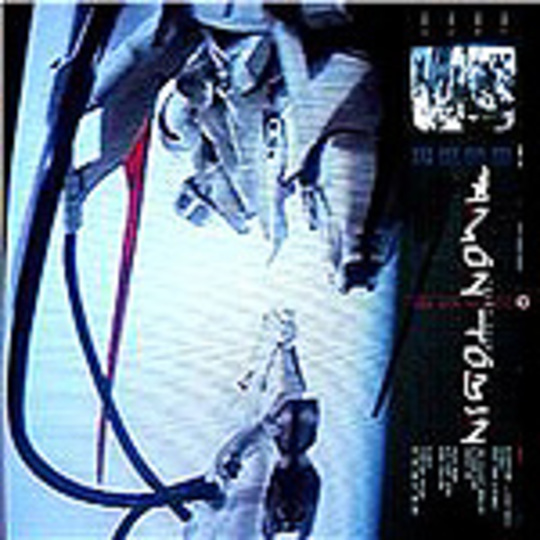 Forget all the rumours, news and press notes you may have heard or read surrounding the release of The Foley Room (if indeed you've heard anything at all), as Amon Tobin's latest album isn't reinvention, nor is it a complete departure. It's a master-class from one of dance music's most consistent artists as he expands his palette to include the sounds just outside his window.

Since his debut (under his own name), Bricolage, Tobin has always progressed in giant strides, moving from drum & bass jazz symphonies to industrial-tinged trip-hop to orchestral jungle combos and beyond. After returning from the outer reaches of space with Out From Out Where, an album that could've been the soundtrack to a sci-fi travelogue, Tobin turned his attentions towards side-project-like endeavours. While the last five years haven't exactly been a drought, The Foley Room is Tobin's first studio album since 2002 where he hasn't employed his extraordinary talents to augment someone else's vision. One could almost be forgiven for thinking he'd run out of ideas.

So what's a maestro to do when they've broken, bent, split, liquidised, digitised, filtered and squashed every breakbeat in their bag? Well, if they're Tobin, they immediately grab a selection of hyper-sensitive microphones and head outside to record what's going on in their urban environment. No longer content to fold and manipulate beat samples, Tobin seems to have built himself a new sound bank made up of a bizarre selection of recording such as dripping taps, spluttering motorbike engines and banging kitchen utensils. Record scratching? Pah! Anyone can do that - let's get some cats chowing down on some rat carcasses, that's what this track needs.

Of course, these organic everyday noises don't constitute a complete change in sound for Tobin - after all, the man's a past master at moulding samples and sonic effects to suit his own designs on wax. So it follows that, in Tobin's hands, there's no guarantee that a sound he recorded outside will sound anything like it did initially by the time it ends up on record - for example, the buzzing drone that runs through the album's first dance-floor burner 'Esther's' may have started out as a guitar line, but it could also have been the sound of a wasp trapped in a jar.

Tobin's source material is further enhanced by the efforts from some outsiders as the album boasts quite a few collaborators in the liner notes - among them are the Kronos Quartet who provide the mournful violins on 'Bloodstone'. But the overall sound of The Foley Room is unquestionably Tobin's, even though it sounds like a step forward rather than a re-tread. The schizophrenic beat-work in the title track is reminiscent of 'Triple Science', although it feels more organic, while the sinister guitar line and rumbling percussion on 'Keep Your Distance’ wouldn't sound out of place if it was in a set rubbing shoulders with the cuts on the Splinter Cell: Choas Theory OST.

All told, it'll be interesting to see where Tobin goes from here. Now that The Foley Room has expanded his sound library to include wild animals - yes, that is a tiger doing the vocals on the gorgeous 'Big Furry Head' - modern machinery and random sounds from the outside world, I guess all that's left is to rent a sub and get all Captain Nemo on the next platter. Either that or head off into outer space. It would fit with the Tobin's musical M.O. at any rate - he's always moving forward, exploring his soundscapes in leaps and bounds.