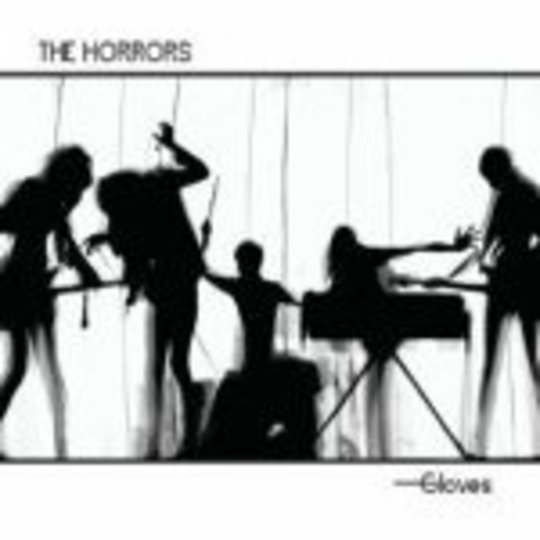 All I’d garnered about The Horrors before last week was that they were poshies who went to art school and appeared on the front cover of NME with their big hair and that. I also knew that they looked like the Worst Idea Ever.

But after watching Toby Young make a prize pillock of himself by suggesting that Arcade Fire shouldn't be questioning rock and roll because some of them were privately educated, your writer realised that the comprehensive school-sized chip on his shoulder was beginning to rot, and to judge The Horrors on the fact that Farris Wotsisname went to Rugby School would be more than hypocritical.

So... The Horrors then: as bad as they look?

On this evidence, no. 'Gloves' is a decent wee ditty. As 'Spider Webb' (for it is he) wraps his Vox Continental organ round 'Joshua von Grimm'’s homemade, skewered guitar peg, 'Gloves' comes into life - diving all over the place like Rene Higuita's wayward demi-goth-rock musical brother. Curses, you might even find your feet a-tapping.

Of course, they have to wreck it with a breakdown two minutes in where Badwan/Rotter infests the mockney soul of Nigel Tufnell and slowly intones, "A hand through my ribcage, past the choking I saw palms and fingers grasping. Shoulders. Collarbone! CRUSHING!" Oooh, scary! And then he tells us he “can’t take it any more” and ‘Gloves’ promptly ssshs to a halt.

Silly names, silly songs, silly lyrics but fairly convincing music - a band for ver kidz if ever there was one. The Horrors, despite looking every inch a band of style over substance, do have a little to offer. You won’t remember that by next February, though.