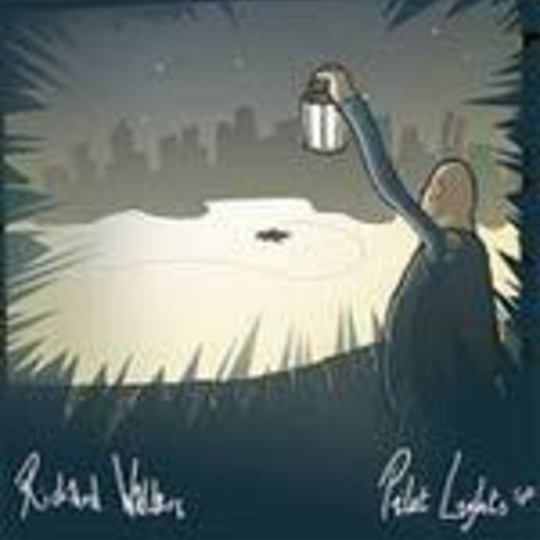 Searching for new music on MySpace can be disconcerting. If you browse by genre – ‘Acoustic’, for example – you have 250,000 acts to choose from. Of course, unless you’re forcing yourself into an early retirement, you’re almost completely reliant on the media, and conversely the labels to sift through the endless piles of demos and mp3s for you. And that’s what the Big Scary Monsters label has done, with the result coming in the form of one of the first promising EPs of 2007.

Richard Walters is a singer-songwriter based in Oxford. He plays acoustic guitar like most uniform songwriters, but where their subsequent output manages only to cater to the tastes of those excited by the melange of bland folk-rock, Walter deviates from the path. That’s not to say that he is a rebel – Walters isn’t spearheading a musical revolution of sorts – but he is re-inventing a tired subject and making it sound exciting again.

His voice is fragile, the outcome of years of experience and heartbreak. The lyrics are dripped in melancholy, a paradox to such joyous and beautiful music. The Pilotlights EP is the best showcase of this – five tracks of lo-fi, low-key acoustics which extol the beauty of Walters’ talent. ‘We Have Your Head’ is the EP-defining highlight, which despite being the least boastful of tracks comes across as the most memorable, with Walters whispering a soft-spoken falsetto behind an atmospheric combination of acoustic and electric guitars. Drums and pianos come into fruition during the EP, too, wrestling for attention with Walters’ all-consuming voice.

The Pilotlights EP proves unequivocally that there is still life and innovation bubbling under the surface of an over-saturated market. The future holds a lot of promise for Richard Walters.