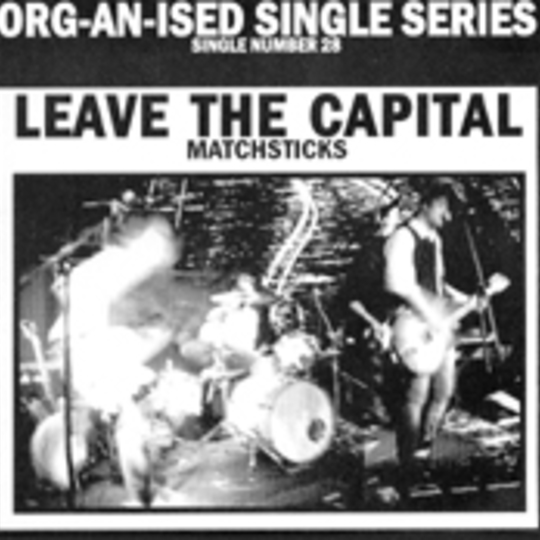 This recent winner of Steve Lamacq's Rebel Playlist is a poignant affair. A booming hooter at the start does it no favours, but once relegated to the background a tender touch rushes up to kiss your forehead.

Leave The Capital have been promising to make a big impression for a while and this, surprisingly, is their first proper single. What they have always had in abundance, both in this line up and in their former incarnation as Watershed, are breathtaking, soul-freeing hooks. These are delivered with an intense world-weariness by either Ben James' sensitive vocal or Chris Collins' soaring, crystal guitar. The chorus to 'Matchsticks' is right up with their other live standards and strongly demands a supplementary choir of thousands - phone lights optional. The whole event ushers along on a hi-hat stressed Spector-ish beat and reeks of desperate but sweet hope, a nostalgia refusing to be quashed by cold reality.

This Cardiff band are too often referenced along with Doves and Elbow, but the three songs here show them as more than ready to be released from such comparisons. Will we be hearing a lot more from them in 2007? Hopefully.