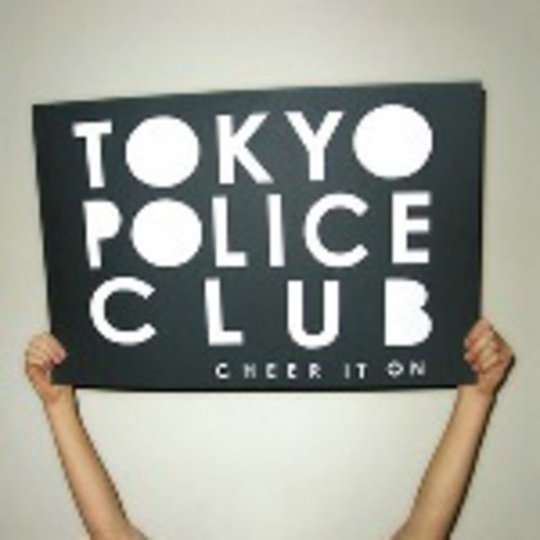 _ ‘Cheer It On’_ is the second single from Canadian quartet Tokyo Police Club and is lifted from their debut mini-album, A Lesson In Crime. Its rawness and nervous, high-wire energy is reminiscent of The Strokes circa Is This It, and is coupled with the skewed pop sensibility of The Flaming Lips.

This is more than a decent reason in itself to give Tokyo Police Club further consideration, but it is the accompanying track,_ ‘Citizens of Tomorrow (Space Ballad Version)’ that reveals the band as being a name to watch out for and a group that really could have a promising future. Had _‘Citizens…’ _simply been another _‘Cheer It On’, then the jury might still have been out until the next release. However, in many ways it is the superior of the two, with more than a passing nod to the lilting beauty of Grandaddy.