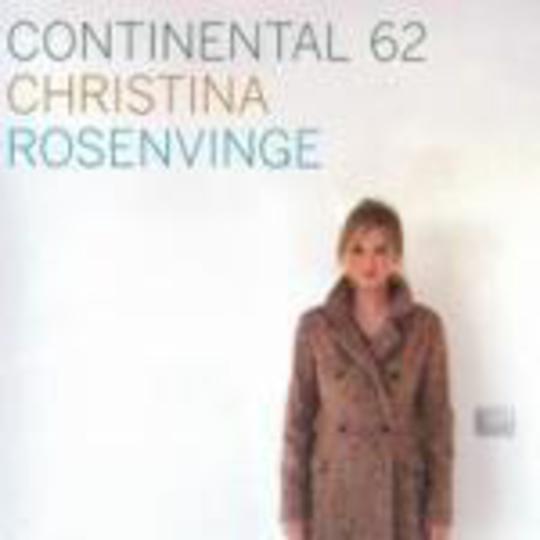 As Christina Rosenvinge smooth-coos “Ooh la-la” at the end of_ ‘A Liar to Love’ I can’t help but agree; those exact words go through my head every time I listen to _Continental 62, a ten-batch of tunes with enough character to match the velvet purrs of its headmaster. Ooh la-la indeed... in a period of my life where seductive female-fronted acts are fairly commonplace (Niobe, The Finches, Under Byen... insert disturbing kissing noises here) I still can’t relegate this veteran singer to the fringe of my Current Listening bin.

A former member of Christina y Los Subterraneos, as a solo artist Rosenvinge sounds like she could just as easily have emerged from the American underground, or the French or UK underground, for that matter, as she derives palpable influence from Laetitia Sadier and The Cranes’ Alison Shaw. Save three Spanish-language songs,_ Continental 62 _is fully integrated indie-rock, and though I’m not averse to culturally influenced music, she seems right at home. Cuddling up next to — rather than inside of — your ears like a puppy wrapping its torso around your feet, Rosenvinge delivers a workmanlike performance.

But that’s to be expected. What elevates_ Continental 62 above other solo-singer releases is the sturdy backing. Providing more lumbar support than a girdle made of sheet metal, multi-instrumentalists Jeremy Wilms and Charlie Bautista haunt the corners of the castle while Sonic Youth’s Steve Shelley makes sure the clocks run on time on the drums. Most importantly, they allow for flexibility. The bizarre, _‘A Day In The Life’-lite swell at the conclusion of ‘Window’, for example, could never have been achieved without a good supply of able hands and dextrous fingers. With such stellar musicians bringing up the rear Rosenvinge is free to concentrate on writing material that drips tears without breaking a sweat, and she has succeeded.

Not that she over emotes, however. Akin to an indie-rock version of Aimee Mann, she emits more urgency than despondency, per se. In other words, she puts her feelings on display without theatrics, without overwrought, attention-getting devices. This lends her material to more repeat listens than the spazz-hardy, as does the aforementioned virtuosity of the backing band. The biggest insult that could be leveled at_ Continental 62 is that it’s mood is a little too thick and uniform. A bigger push at certain intervals would have propped Rosenvinge’s angelic vocals even closer to the heavens above. Then again, as she rattles on the title track, _“Angels don’t pay the rent”, so perhaps we should be thankful she has chosen to stay grounded.