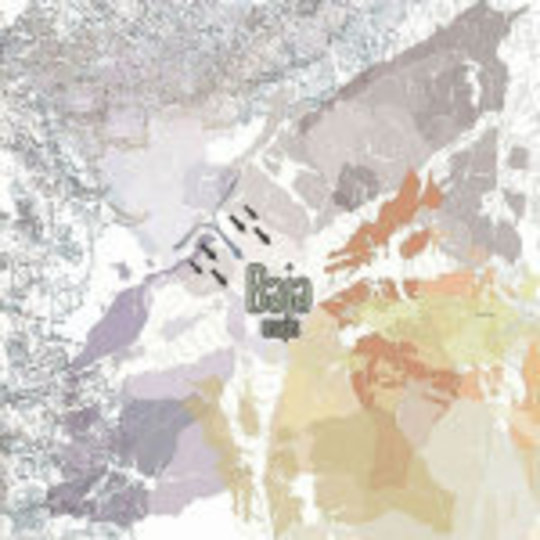 Late last year I discovered the Stilll label via its co-founder Jérôme Deuson (also of aMute), and in almost no time it superseded Transgressive as my favourite label of the year . Maps / Systemalheur is the seventh release from the Belgian label, and the first from Baja – the creative outlet for electronic/free-jazz composer Daniel Vujanic.

Maps / Systemalheur is a double album comprising 14 compositions. In parts you could cite Tortoise as a major influence; others, the experimental electronics of The Books. Within the first minute of ‘Fake Starts And False Alarms’ Baja encompasses both of the genres in a kind of free-form, stop-start style which permeates a large proportion of the record. Vujanic himself plays the biggest part in the proceedings, though a set of outside musicians loosely base their guitars, marimbas, vibes aside his haunting electronics. Many of the tracks on Maps build themselves around quiet cut-up samples of acoustic guitars and laid-back grooves, rarely deviating from their path. At times it could be compared to Kieran Hebden and Steve Reid’s Exchange Sessions' quieter moments, but the rhythms are far less focused and the electronics are much more advertent to the songs in hand.

A major problem with free-jazz records is that an over-saturation of ideas can render an album almost impenetrable to the listener. Vujanic is constantly opening doors to new scenarios within the record, but because of its relaxed, amiable mood, it never really becomes obtrusive and uncomfortable. One thing which will polarize opinion is the fact that you never know what’s around the corner – some will deign its incoherency as a nullification of the album’s brilliant musicianship, while others will see it as a strength.

With the second half of the record (Systemalheur) , Baja ups the tempo, which serves as an arresting wake-up call to those caught within Maps' relaxed mood. Vujanic begins to bring in a new collection of sounds with his diverse palette of instruments, most notably vocals and the increased prominence of the electric guitar. The drums rise from a dulcet haze to notability too, swapping sparse, intermittent appearances for a driving force within the music.

Maps / Systemalheur is a record which will appeal to both free-jazz enthusiasts and fans of minimalist electronics. The production is great, and the musicianship manages to work well in the cut-and-paste way that Baja works.

Take a listen for yourself at Baja's MySpace...