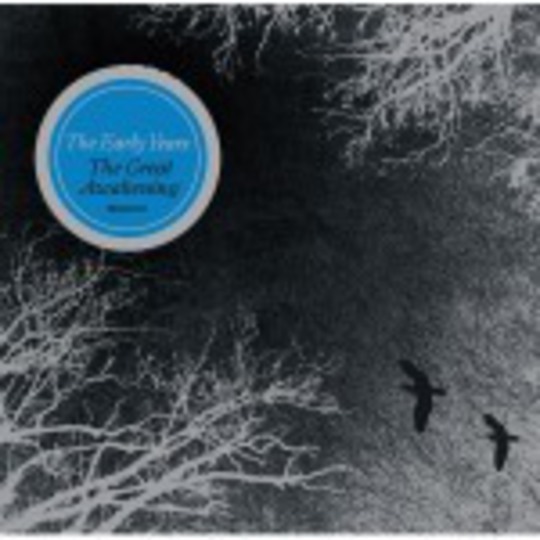 None of my business, I know, but maybe London post-rockers The Early Years should consider changing their name to The Zen Foetuses or something. Their new EP, which follows hot on the heels of their full-length debut released in September, might make grand claims to being about a great awakening, but listening to it from start to finish feels like one headlong dive back into the womb.

It starts in pleasing enough fashion, with ‘Say What I Want To’, a driving slice of one-chord drone-rock that applies the Kevin Shields big book o’ post-rock melodies to the hard-edged neo-psychedelia of TV On The Radio with rockingly aloof results. Next up there’s_ ‘On Fire’, which starts off sounding like a stillborn _Kid A outtake, all depersonalised synth and tepid beats, before bursting into life of sorts with some vaguely flower-power harmonies and backwards guitar bits. It’s not much like actually being on fire, I imagine. Unless the prospect of being in flames just fills you with the insuperable urge to listen to Sigur Rós records. ‘Autumn Song’ has a similarly spacey feel, but with the electronics taking a back seat to some breathy, tightly-woven harmony parts and brushed drums that swap Midlake’s pre-lapsarian loveliness for a place where even home feels alien and strange. Then they bring it all back to the point of origin with ‘A Little More’ which is pure, Eno-esque ambient drift.

I’m not even sure the songs here amount to much individually, but taken as a whole this seems like a strange flowering indeed; texturally warm and inviting, but also oddly disorienting, like looking at a loved one’s face through a stranger’s eyes. It’s got me waxing mystical, at any rate, so it must have something going for it. Right guys? (Cloyingly seeks approval.)

The Besnard Lakes Are The Dark Horse