The Besnard Lakes Are The Dark Horse 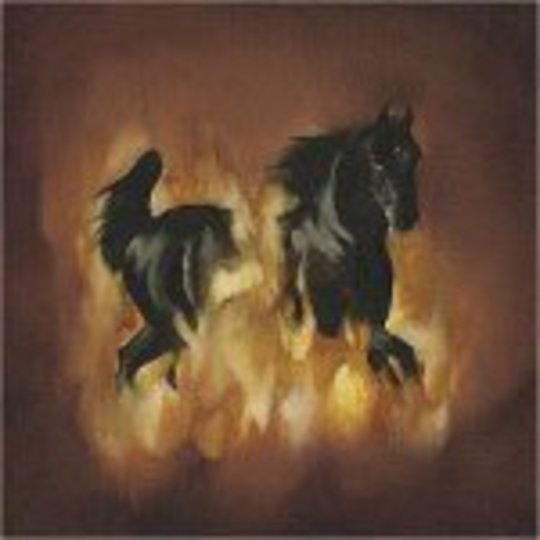 Something I've always wondered is how people become aware of a band and fall in love with them. Are the majority of ears pricked from the airwaves, through hyperactive videos on music television, through relational websites such as Last FM or Pandora? Every person that falls in love with any band has their own story. Personally, I have Canadian artist Adam Brown to thank for turning me onto The Besnard Lakes, whose debut UK release The Besnard Lakes Are The Dark Horse hits our shores this Monday. If I can pass on the favour to at least one reader then it will be one of the most positive gestures I could hope to make.

For like Broken Social Scene, Arcade Fire and Clap Your Hands Say Yeah before them, this Montreal band has released an indie classic from completely out of the blue. Not that they sound at all similar to the aforementioned three, but you feel the band’s elegiac mix of shoegaze, downbeat pop and post-rock would have struggled to formulate from anywhere other than underground indie's own Mecca.

The eight-track album kicks-off in great, if understated, style with 'Disaster', a slow-core masterpiece that lies in the same bed as Low circa The Curtain Hits The Cast and Mazzy Star's unexpected hit 'Fade Into You' before triumphant trumpet calls and slow-motion garage-rock chords drag it upwards, with lulling coos of "baby c'mon" perhaps being the only thing stopping the track from breaking through the stratosphere.

This is followed by 'For Agent 13', a slight left turn sonically but an (unexpected) positive shift up in gear quality wise; its reminiscent of M83's latest album covered with a thick layer of Sigur Rós' glacial wizardry, and is complemented by '...And You Lied To Me', a seven-and-a-half-minute slice of winter-kissed Americana that My Morning Jacket might record after relocating to a kerosene-heated hut in the middle of miles of icy tundra. Throughout the rest of the album the band take these elements and integrate them further, with dual female and male vocals soaring, guiding the rest of the band through many dark corridors and early morning expanses.

That music so majestically restrained in pace can make your heart beat so quickly is a testament to The Besnard Lakes’ focus and ability to coat each millisecond of track time with an utterly captivating sound without ever becoming clogged up with their myriad ideas. It can be hard to take in all The Besnard Lakes offer in the first couple of listens, but this in no way makes …Are The Dark Horse a difficult album; it provides equal satisfaction from five-minute listens and a complete devouring of the album.

The Besnard Lakes definitely are the Dark Horse, but this horse is a thoroughbred that could easily win the prize of best album of 2007. Should they fall short of that, they’ll simply become your new favourite band.