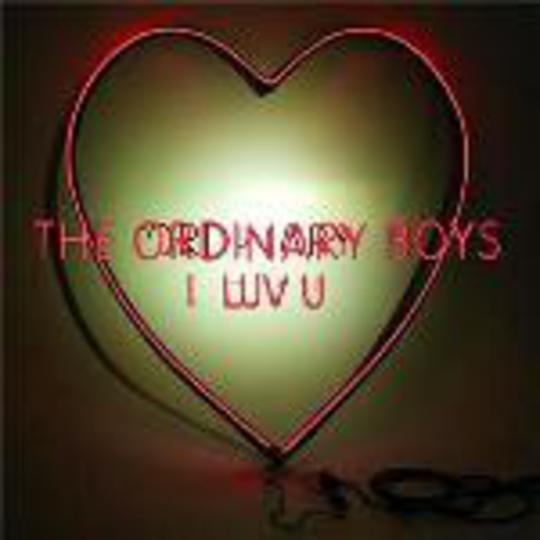 The word ‘ballad’ strikes fear into the heart of most red-blooded rockers, and nothing – nothing – could possibly instil more horror within the average individual than such a song from the loins of a well below-par indie-pop band dressed in Mod threads. The Ordinary Boys: their past form has already proved that they don’t even deserve that favourable a critical assessment.

‘I Luv U’ is evil, through and through: from the TXTMSSG generation/Love Hearts spelling of its title to the second-thought, written on a tissue after a hand-job from Mrs Preston lyrics, it’s wetter than a baby’s first shit and smells fouler than Stuart Cable’s post-gig hair circa 1999. Honesty is_ the best policy, often, but boys: why highlight an innate inability to convey the merest semblance of soul-sourced adoration for a partner in such a potentially career-wrecking style. At least _‘Boys Will Be Boys’ had one ball, if not a perfect pair; this is so limp that pumping it full of quick-drying cement couldn’t stiffen it up.

Sonia’s ‘daughter’ in EastEnders – she of acting skills comparable only with a banana – has a better chance of doodling a Michelangelo from memory, in Crayolas, than The Ordinary Boys have of ever regaining any relative credibility they might’ve once enjoyed. There’s no way back for them while they’re content to release slush like this. ‘I Luv U’ is, almost certainly, the worst song of 2007. And it’s a ballad. And it’s January. Nothing will ‘top’ this in the next twelve months.

For that questionable achievement, boys, congratulations. Now fuck off to somewhere we can’t hear you.

Starz In Their Eyes

Back When You Were Good