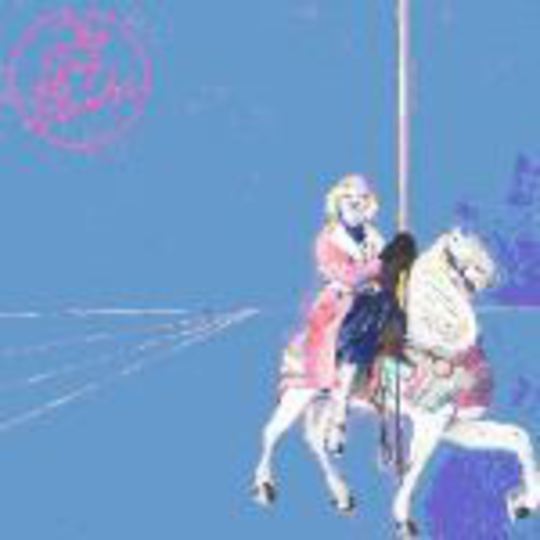 Oldest trick in the book. Two guitars. One goes Dur-Dur. Other goes Diddle-iddle-ur. It sounds ace.

Anyway, The Long Blondes, apart from being favourites of the Guardian’s brilliant Over-by-Over cricket coverage, haven’t quite banked their critical capitol yet. Perhaps supporting Kaiser Chiefs over the next month or two might push Kate Jackson and co’s Sheffield five-piece into the giddy stratospheres of the charts.

And it should, because ‘…Stratospheres’ is great. Set as a musical assault on some poor chap's new girlfriend. A girlfriend who, since the pair have been going out, has made our chap stay in and eat chocolate while she tries to convince him that she's a femme fatale when really she's nothing of the sort. Or, as Jackson gleefully sings, “Why waste your time just sitting here a-listening to this dead-eye bitch?”

Weirdly (and quite brilliantly, as it sounds very much like an angry lady), it’s written, like most of debut album Someone To Drive You Home, by (the male) Dorian Cox. Perhaps his best mate is staying in a bit too much.

Whoever’s pissed off though, 'Giddy Stratospheres' is brilliant three and a half minutes of, er, giddy pop fun – there’s hand claps and everything.