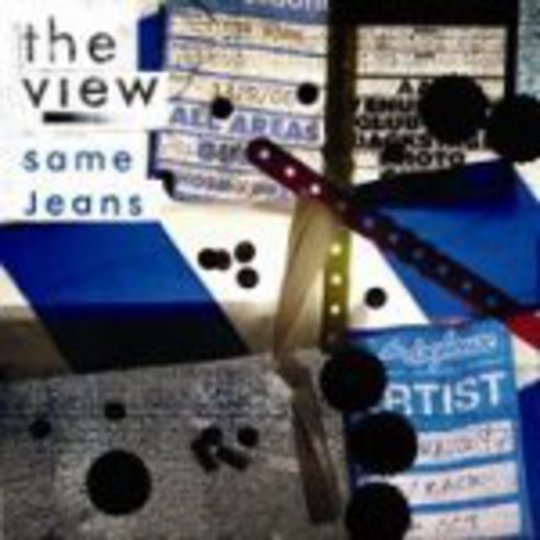 There they are, peering out from the magazine rack, the saviours of rock and roll, 2007 edition. But despite all the hype surrounding the imminent release of their debut album Hats Off To The Buskers – this single is the third to precede it – what, exactly, do The View bring to the table that’s so excitingly now that magazines the country over are scrambling to feature them? Well, nothing actually.

Which is precisely why they will succeed, in 2007 if not perpetually: ‘Same Jeans’ is indie-pop songwriting by numbers; an inoffensive and unspectacular tune that fills three minutes of daytime FM radio fairly well. Tellingly, perhaps, it’s the band’s first song to be playlisted at Radio 2. It isn’t, however, the sort of song you’d pull your record collection apart to find, as it is impressively forgettable. It has neither the lasting energy of The Libertines nor the perceptive wit of Arctic Monkeys, but parallels of a positive nature will nevertheless be drawn in many a quarter, a factor sure to boost popularity. It cleverly unfurls a simple tale, a well-worn tool of the trade, that ninety-nine per cent of the band’s potential audience can relate to: we _do_ all wear the same pair of jeans for far too long between washes.

The Scottish four-piece do have one thing on their side, though; something that may warrant the attention directed their way. They’re awfully young. Although they’re yet to release a single that’ll stand any test of time, they’re accomplished enough at this stage to develop into a band worthy of comparison to the aforementioned brace of recent indie-rock monarchs. At least, that’s the hope: if they fail to evolve from here, those glossies full of exasperating hyperbole are going to look very silly twelve months from now.