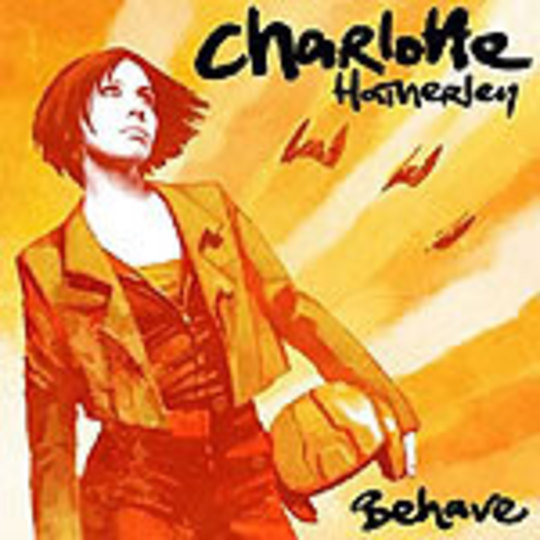 After repeated spins of Charlotte Hatherley's new EP Behave - her sixth release and her first since officially parting company with Ash - the overall verdict stands at, "almost, but not quite".

There are some great ideas on this disc, but none of them really come to fruition; they seem muted or - in the case of the title cut - they run out of steam too quickly. 'Behave' kicks off with warbly, echoing, neurotic fretwork anchored by thumping percussion which is effects-laden to the point that it sounds like it could double for the drumming on David Bowie's 'Sound & Vision'. It's a compelling listen but the riff and Hatherley's vocal delivery aren't compelling enough to carry the song through to the end. By the time 'Behave' fades out, it feels overlong and drawn out.

The b-sides continue this trend - aside from Luke Smith's remix of the title track, which while being perfectly listenable, doesn't succeed in nailing your jaw to the floor. 'Mr Ed' charges out of the speakers on a dirty, grinding bassline and pummelling drums, but Hatherly sounds more like she's hanging on for dear life than actually guiding the track along. Her vocals and guitar-work are pressed deep into the mix for the most part and when they do take centre stage they're more cloying than the stamp of authority they should be. The two-and-half minute 'Cousteau' is more of a mood piece; filled with gentle guitars and breathy vocals it sounds more like a jam session that should've stayed in the studio.

Behave isn't a terrible disc, but it will probably disappoint anyone expecting a clutch of songs that live up to Hatherly's stronger, earlier work. In the end, you want this release to be better than it actually is.

Sleep Is For The Week