The Bird Of Music 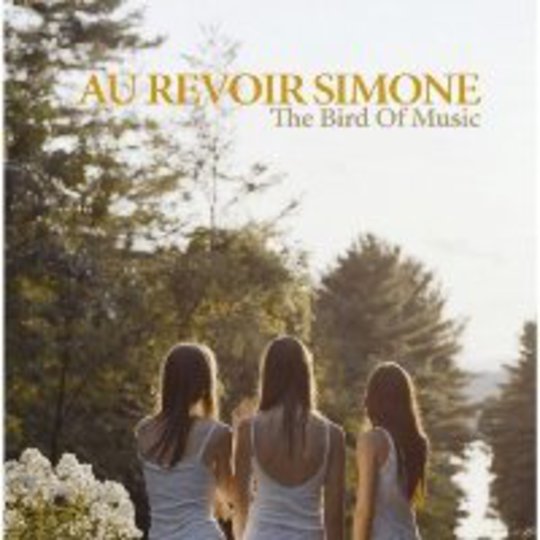 There's this hazy memory buried somewhere in my mind. Something out of focus that becomes clearer the more I listen to this record. It’s of these two girls with long hair that used to live next door to my grandparents. They often wore green or brown summer dresses. They'd always be singing and throwing tea parties, inviting me over to gaze at their wonder world of plastic cutlery and serving me imaginary Battenberg with water for Earl Grey tea. They'd be giggling like only girls with mud for cake could. All I remember about them is their hair, really long hair, hair they seemed to never stop brushing. It's a warm memory.

"Give me a sad song because that's what I wanna hear. I want you to make me cry. I wanna remember the places that we left, lost to the mists of time."

O' childhood memories, in a time before the Emo took hold, back before we had hearts that the opposite sex could make, melt or break. It's funny how a band prickles on something so slight that something more comes to the fore. Welcome with open arms and pervily lowered jaws Au Revoir Simone. Three girls from Brooklyn armed a keyboard each, sounding not unlike the missing link between Múm and St Etienne with vocals weaving in a giddy daze between Chan Marshall and Azure Ray. This isn't the most earth-shatteringly original thing you ever did hear but it is very very lovely. They're cutting rich swathes into bedroom blurs and sitting pretty at the Belle & Sebastian and Saddle Creek end of folk.

'Let the Sunshine' unfurls like a mini Polyphonic Spree before the album’s merry-go-round lights flick on with 'Sad Song', with its Ladytron Moog tunnels and Postal Service frog-drums. The Ladytron-isms raise their head again on 'I Couldn't Sleep' as synth-fuzz sprays and meets dripping digi-beats, the result being the most-lusious Sunday slumber voyage for quite a while. The album is peppered with a hushed breeze as if it was composed at a sleepover trying not to wake sleeping parents in the next room. This record doesn't deviate from what the blog-savvy might have heard on their 2005 debut Verses of Comfort, Assurances and Salvation, but with this follow-up they look at least like they'll be your Tilly & The Wall or a more successful The Like for Summer 2007, if not a little gentler and more kitten-like.

The album as a whole is somewhat of a cushion for the imagination that whisks you back... in fact, the more I hear this, the more I wonder if those sweet little girls from next door, who moved away to America, are in ARS? As Celestine Prophecy-gay as it sounds, maybe here, now, me, them and many other lost children are reunited.

Dart For My Sweetheart