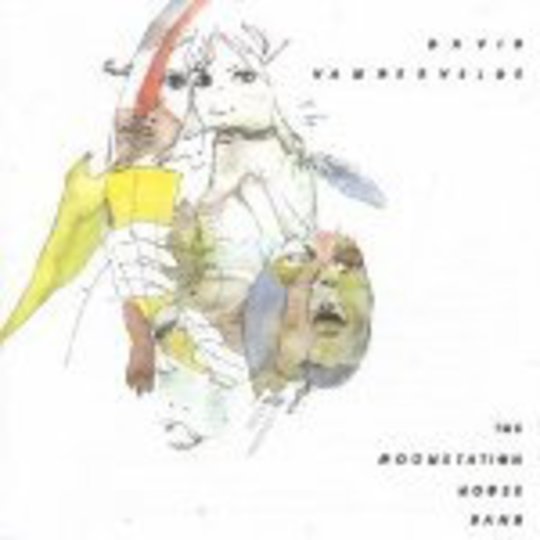 With an artist who defiantly resides in the sound of old ‘70s rock records, some might be inclined to disregard the songs as old-hat before hearing them. David Vandervelde – multi-instrumentalist and rock star extraordinaire – loves the music of yesteryear. He’d take T. Rex and Bowie over any modern music you might care to love. However, although you’d think that the tracks might sound dated, a good song will stand the test of time regardless of shifting trends and fashions.

With an album elaborately named The Moonstation House Band, I was expecting something epic, and Vandervelde doesn’t disappoint. Apart from the daunting task of playing every instrument himself, Vandervelde manages to combine glam-rock with other genres, too: he performs pop songs, country-ballads, and some classic-rock in the vein of Led Zeppelin. ‘Nothin’ No’ is the album highlight – combining orchestral-rock swirls with big riffs and an even bigger chorus. And what of the lyrics, I hear you ask? Vandervelde writes the kind of words which make you nostalgic for a long-lost summer and hopeful for the next: “Gettin’ high out on the front porch / with the sunshine in your hair”. He both sounds like and is as confident as Bolan, and he’s got the songs to see him through the criticism.

The production makes up a large part of any album’s sound. At times, it’s quite easy to take this for granted, forgetting that a record’s artistic merit is helped in no small part to the producer’s input. Here we have an album deeply rooted in the sound of ‘70s rock, so you appreciate the effort that Vandervelde has undertaken in manifesting his sound into something that sounds like a record from your Dad’s attic (with the exception of two songs this is self-produced). To an unsuspecting listener, this could well have been bought for a £1 at your local charity shop.

David Vandervelde has no reason to bring his sound up to date with the times. The Moonstation House Band is a neat collection of songs which stand up on their own regardless of the effects of moving trends. You can’t deny a good song. Give it a try, and if you don’t like it, then it doubles up as your Dad’s next birthday present. Hurrah!