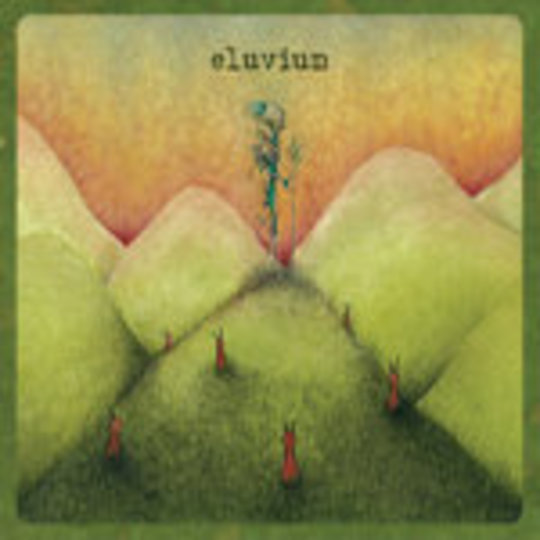 It’s unfortunate that Eluvium – aka Matthew Cooper – has slipped under the radar here in Britain for too long. His previous performances have led some to hold the solo performer in the same regard as Eno in his prime – from the solo piano venture of An Accidental Memory In The Case Of Death to the ambient works of Talk Amongst The Trees, his music has made the moniker of Eluvium a trusted yardstick of modern ambient releases. Copia is the sound of Cooper surpassing himself, combining his patented minimalist drones with beautifully rendered piano; it’s evocative of half-remembered dreams and murky awakenings with emotions of both love and unsuspecting astonishment.

Copia sees Matthew Cooper revert to using a traditional palette of instruments, straying away from the bombastic sprawl of guitars that delivered When I Live By The Garden And The Sea and Talk Amongst The Trees. Horns, violins and an organ all make their appearance, but it’s in Cooper’s classical piano playing where the record warrants the most praise. The use of the instrument is widespread, taking a simple yet affecting form in the virtuoso performance of ‘Radio Ballet’, and fluttering in and out of consciousness in ‘Prelude For Time Feelers’.

The hazy mirage of drones and subtle chord changes exploited on the second half of the record could easily get relegated to background music, unfairly suppressed by their own dreamy textures. Of course, that would mean missing out on some of the most beautiful ambient pieces put to record – elegantly constructed from the gently amassing walls of strings and keyboards. Album closer ‘Repose In Blue’ should be viewed as the highlight of Copia’s ambient works, obscuring everything before it with an epic test in glacial sonic stature, while the organ-led ‘Ostinato’ proves that Cooper is competent enough to work with almost any instrument he comes across.

One of the incandescent qualities of purely instrumental music is that unless the artist has put any forethought into describing the processes and intentions, then the record stands up for the listeners own interpretation. Cooper is a master of imagination, leaving you the keys to the endless worlds in which Copia resides. Whichever way you see it, Eluvium is going down in history as one of the innovators of contemporary ambience.