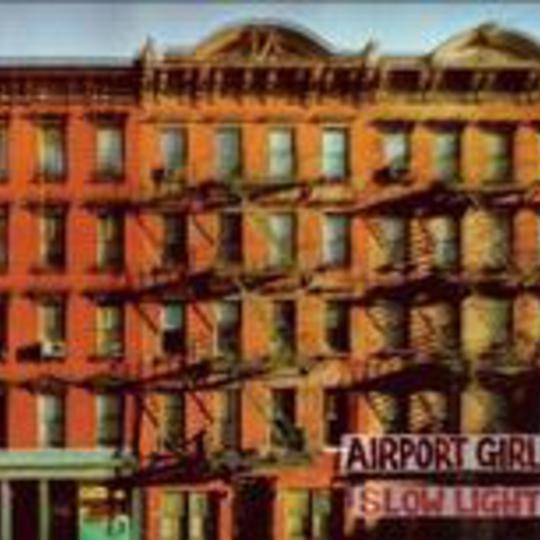 As self-professed purveyors of shambolic lo-fi indie-pop, it would be unfair for anyone to expect a rapid departure from what can only be described as the typical Airport Girl sound.

Yet Slow Light seems to herald a slight departure from the previous happy-go-lucky Pastel-pop of Honey, I'm An Artist to a more mature, alt-country feel. Whether or not this suits the band at this stage is difficult to tell, but the influence of fellow Nottingham outsiders The Chemistry Experiment shines through like a Belisha Beacon, and the fact that TCE's Steven Kirk was on production and mixing duties shouldn't be discounted.

Never the most prolific of bands - two albums in five years tells its own story - Airport Girl still have that undying sensibility of creating sorrowful yet swooning epics in equal measures, and the honey-coated gloss of 'Show Me The Way' is no exception to the rule. Easily the highpoint of the record, it demonstrates the band's love of many different genres, both old and new, and probably makes it clearer why the seven core members have stayed together all this time, and why it's taken so long to make that oh-so-difficult second album.

Still, two-thirds of this album has its heart set in Nashville. To be honest, this brings out the best in Rob Price's distinctive, gravel-chewed voice.

'Hold Me Through The Night' is a sombre lament where Price reveals he "never quite made Broadway", while 'I've Seen Mexico' wouldn't sound out of place in Waylon Jennings' attic. Add to that the spontaneous interlude of 'Low Coin', an infectious if albeit too-short whimsical lullaby, and you have the foundations laid for a pretty tidy and well-polished record.

Just don't expect to find such arid deserts and ravenous skylines amidst their rainy, suburban homebase.