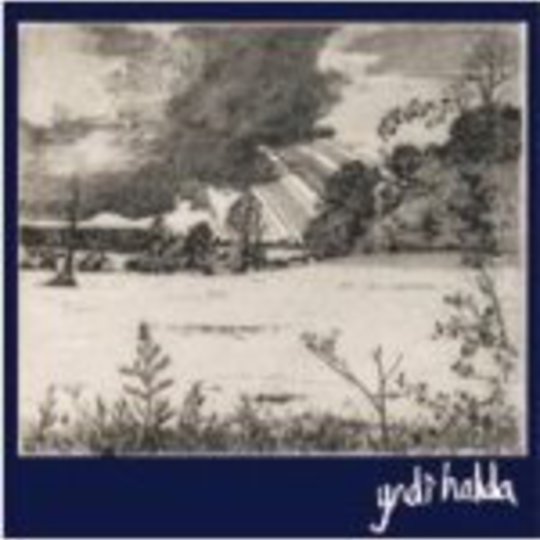 Post-rock’s problem as a convenient critical pigeonhole is that it’s associated with a scene, a sound, that’s easily replicated from studious indie boy to studious indie boy. Much of what falls within the category’s borders is formulaic in the extreme; a procession of finely timed and finely executed musical movements that adhere to generic convention in a wholly objective manner, as emotionally affecting as the latest reality television series. Nowadays, it’s rare to hear a band that could be blessed or cursed by the term that doesn’t sound like an amalgamation of their forefathers’ invention and influence.

The contemporary musical landscape is littered with only a handful of genuinely moving acts – from across the globe – that can engage the heart with their instrumental arrangements as easily as the accomplished hordes can tickle the chin with their heard-it-before releases. You know, the albums that play like a movie repeat on Film4 +1: you’ve seen it a dozen times already, and even this time out it’s running an hour behind everything else. From the US we’ve had Explosions In The Sky; from Japan, Mono; and now England proffers its listening public Yndi Halda, a quintet capable of stirring the soul in a fashion unfelt since Mogwai’s _‘Helicon’ _days.

The above trio are touchstones for sure, but Yndi Halda’s violin-led approach isn’t at all derivative of a particular predecessor; at times echoes of acts past become apparent, but never do these tiny divergences from everything unique upset the rhythm of Enjoy Eternal Bliss, a four-track EP on paper but an hour-plus album in practice. The record’s length does, initially, prove a stumbling point – maintaining a high level of attention in the presence of most post-rock is a struggle, to say the least – but it takes only a couple of minutes for Yndi Halda’s epic beauty to overpower any niggling doubts born of previous experiences. Already a stunning live act, Enjoy Eternal Bliss confirms this five-piece’s position as Britain’s finest on-record purveyors of modern instrumental rock music. Promulgate from the tallest peaks: Yndi Halda, here, exhibit talent enough to eclipse the post-millennium efforts of any of their peers.

It’s their masterful manipulation of the listener’s emotions that sets Yndi Halda apart: many a technically tight passage can be forgotten come the record’s climax, as the memory remembers only the images these four tracks conjure. A burning red sun rising high over a sparkling sea; endless glaciers picking up pace on a mountainside, threatening to destroy the hamlets below; the curve of the Earth as seen from the lunar surface; crows in Finsbury Park battling over whatever one of the murder pulled from an overflowing waste bin. Flashes in the mind’s eye, both rooted in reality and entirely fantastical, that stick with the first-timer and old-hand alike, long after four of four, ‘Illuminate My Heart, My Darling’, fades from in-ears.

And this is a debut, the band’s first ‘proper’ release following a three-track demo. In short: Enjoy Eternal Bliss is a much-needed shot in the arm for the flagging post-rock scene and sound. Where they go from here, well… the mind hesitates in astonishment, its eye unable to fathom what’s emerging before it.