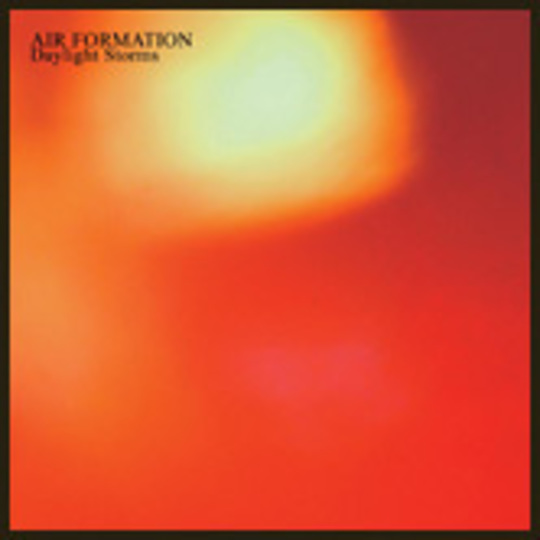 "Take me away, from it all" sighs Matt Bartram during the hushed lullaby that is 'Adrift', and the entire momentum of this record is captured accurately in one deep breath.

Having operated on the outer periphery of the mainstream for a good seven years now, Brighton's Air Formation are undoubtedly one of this nation's best kept secrets. Their forays into sonic experimentalism and guitar-orientated ambience should not be underestimated by any stretch of the imagination, and even if they don't exactly shout about what they're doing from the rooftops, the clue is in the title, I guess.

Daylight Storms is a collage of almost surreal, swathing noise against a backdrop of choir-like vocals and picturesque melodies. "Where have I heard that before?" you're probably thinking to yourself, and if you started to think of the pastoral epics of Nowhere-era Ride, the tremolo-drenched beauty of Slowdive or even, dare I say it, the apocalypse of everything dauntingly original and spectacular that was Loveless, then you're barking up the right tree.

But let's get something straight. To merely label this record as just another shoe-gazing album would be doing both the artist and album in question a great disservice. It would more than likely result in the self-denial of one of the most lavish collections of music your ears will have the pleasure of experiencing all year.

Daylight Storms doesn't kick off as much as it steadfastly floats into view, like some arcane voyage of discovery that doesn't quite take full effect until anchored, in full regalia, straight in one’s line of sight. And that's just on the swooping beast that is opener 'Cold Morning'.

'Tidal' takes a gentler approach, using casually strummed jangles against a wall of reverb and echo that recalls the heady days of Vapour Trail and such like, although vocalist Bartram's tones give it - and Air Formation as a whole for that matter - a quite unique entity of its own.

Take in the gigantic kaleidoscope that is the title track and marry it with the mind-blowing burnout of 'I Can't Remember Waking Up' and it really does feel like being in the middle of a dream where you're taken out to sea and despatched in the middle of some unspeakably colourful parallel universe.

'Into View' is like a post-nuclear meltdown encapsulated into four-and-a-half breathtaking minutes, while the distortion filled instrumental that is 'Formation' feels like the re-invention of post-rock courtesy of alien beings from another planet.

Already over halfway into the record, you're almost doubting yourself, wanting a lull or something to take your mind away from Daylight Storms for just a moment. Of course that moment never comes, as the record just keeps on delivering new bursts of energy coupled with radiant excerpts of calm that take and replenish one's breath in an instant.

The aforementioned 'Adrift' is possibly the nearest thing Air Formation have ever gotten to a three-minute pop song (either here or on any of their previous recordings), yet its dreaminess fits handsomely into the rest of Daylight Storms with consummate ease.

The album's finale is almost claustrophobic; it seems to beg the listener not to let go after such a prestigious journey. 'Before We Forget' is like the last post played through a battered old telecaster, part-acoustic and invitingly haunting as Bartram struggles to get the words out a la Bob Wratten in the Field Mice's 'Let's Kiss And Make Up'. Seven minutes later it's all done and dusted, but not forgotten.

Just another shoegaze record you say? I sincerely think not...

I Love The Dance Floor