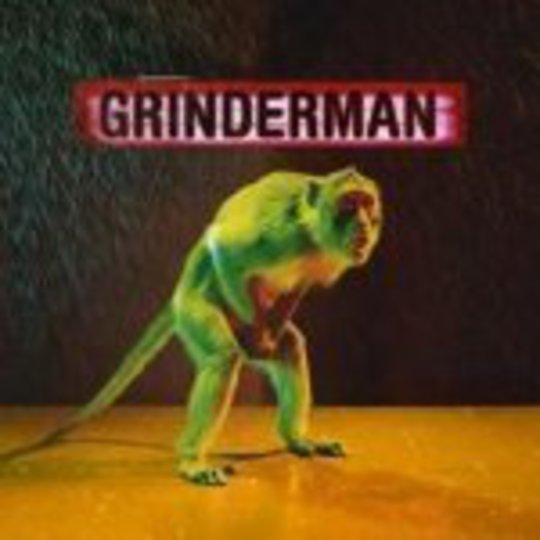 Sometimes it’s essential, for perspective purposes, to leave the New and Fresh and Exciting and insert PR’s adjective o’ choice ‘ere to one side and tip an ear the way of a few veterans. After all, all newcomers are but by-products of a rock and roll past that they’re too young to remember – the members of Grinderman are, beyond all probability, twice the age of a number of Number One acts of late.

Sometimes it’s essential, too, to check if the fires are still blazing in the bellies of mavericks of moons ago; months into years into decades, but still these four, fantastically, are spurred on by scorching sensations within their innards. Their hearts are on fire, their eyes glowing red like the embers of a forest felled and left to a fiery demise. Their composite parts are well documented elsewhere – here, for example – but it’s the eight-legged, four-jawed beast that’s of interest, not the nuances of number one two three or four. Grinderman are electric, growling as they glow, savage and ravenous for more than the current crop of r ‘n’ r chancers. They’ll spill blood before morning.

Yet the brace that comprise the curtain up here, ‘Get It On’ and ‘No Pussy Blues’, are mildly misleading – they’re the bombast-fuelled songs your wildest dreams envisaged this project would produce, yet they’re hardly in keeping with the remainder of this record. Sure, there’s anger amongst fucked-sideways riffs and the kind of guitar playing most ‘accomplished’ purveyors left in the mists of time a good few visits to the Hawley Arms ago, but tenderness and something like introspection permeates the cacophony sooner than the first-timer might imagine. ‘Man In The Moon’ is shocking in its sadness, in its vocalising of something amiss, someone further away from where they should be. “Daddy was an astronaut” is the lamentation, a metaphorical straight jacket loose at its bonds.

Following that opening double-header, ‘Electric Alice’ and ‘Grinderman’ – yep, they’ve a self-titled song on a self-titled album, brilliant – send the long-player lunging into a sludge-filled basement of broken dreams and shattered rib cages, hearts exposed and open to the elements. Guitars screech throughout, whatever mood the percussion allows to mask its frame, but there’s method in the apparent haphazardness – there’s a rawness to this record that most new bands – sorry, most bands made up of new musicians – would do well to soak up. It’s not in the production, nor the band’s studio of choice. It’s in their very fucking veins.

And, before you know it, it clatters to a close with ‘Love Bomb’, all whoops and wails and that six-string tone. You know, the sort that feels like a red-hot poker in your ear hole. You wanna scratch at it, tear it outta there but, fuck, it kinda feels good. And then it’s this: it _is_ good, end of. Better than that, even: it’s great, bewilderingly so, all tumultuous and titillating and, ultimately, satisfying like picking red wine stains from chapped lips. You play it again.

And you forget the New and the Fresh and the Exciting. Let the kids have them, ‘cause the men are where the rock’s truly at.