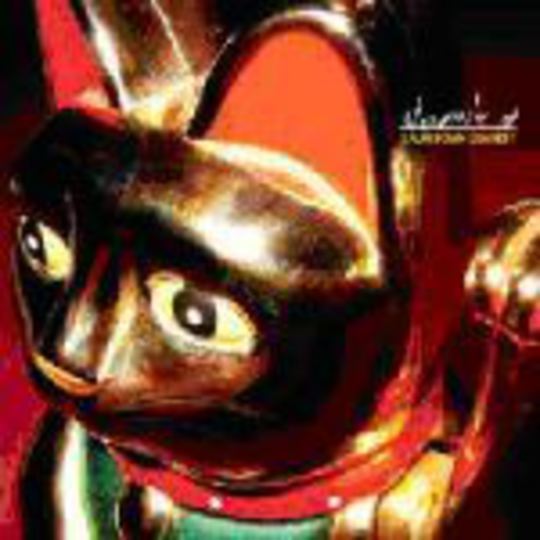 Jamie T has been the sound of the streets (no pun intended) for what seems like an age now. He’s negotiated his way to the cusp of big things without too much weighty fanfare but more than his fare share of tipping and quietly subtle, industry pushing. Hyperbole has been relatively short in supply, yet every cold observer or tipster worth their salt has Jamie T’s name firmly on their lips as one of the new hopes that might actually_ do something _this year – whatever that may be.

Now, in lieu of the imminent release of his album,_ Panic Prevention, we see the release of _‘Calm Down Dearest’; a slice of sweet, hooky magpie-pop – flush with string-bursts and street-walking bounce. It also constantly threatens to be plucked from its perch by an undercurrent of danger that fizzes like bad Stella. This is a tale of young bonds pulled and stretched by love – of the chemical kind; of selfish indulgence and the hope that comes the morning you’ll be able to “say you feel just fine”.

In the scheme of things ‘Calm Down Dearest’ isn’t the sucker-punch that will floor opposition and sweep the impartial to Jamie T’s cause. It’s neither as riotous as ‘Sheila’, nor as smart as ‘If You Got The Money’, but what it does is reveal the soul of a man who is more than a flurry of beery nights and chemical chasers. It’s also an addition to a growing body of work that may well soon launch great, howitzer-shells of ripe and cutting commentary – an imbedded newscaster if you will, delivering more accurate and on the spot reportage than any number of ‘what’s with the youth’_ Daily Mail _assassinations or CCTV docusoaps.

Boys And Girls In America