Boys And Girls In America 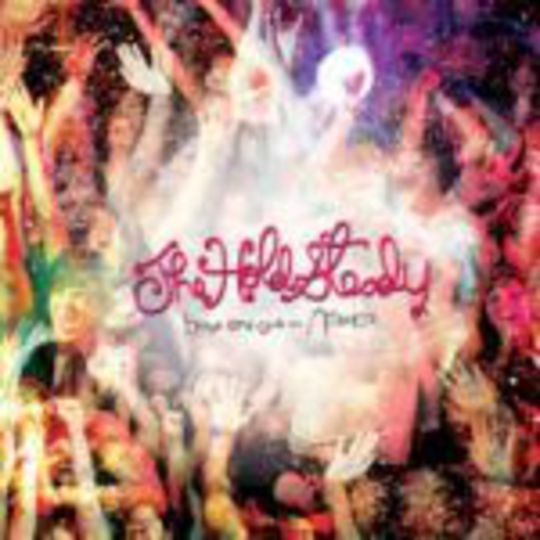 Frequently touted by some as America’s number one bar band, one thing defines The Hold Steady even more than front man Craig Finn’s love it or leave it speak-sing vocals. The band’s popularity, a bit like the musical equivalent of Marmite, is an incredibly divisive issue among music lovers. Backed up by a Springsteen-derived, guitar-wielding and piano-tinkling take on classic rock, people either adore The Hold Steady’s booze-soaked tales of wayward youth, nights out on the piss and the millions of uplifting and heart-breaking moments littering the path from cracking open that first beer to the morning hangover. Or they despise them for those exact same reasons.

With the UK release of their Jack Kerouac-quoting third LP, Boys And Girls In America, a question has to be asked: will anyone on this side of the pond take to a band playing music as uniquely American as baseball and tepid light beer?

The band’s strength resides in Craig Finn. More of a working class beer-drenched beat poet than a traditional vocalist, he has an uncanny skill in lyrically embracing and documenting the universal highs and lows of youthful partying. Refusing to put anything on a pedestal of pretension, it’s a lyrical talent that comes seeped in a rough-and-tumble sincerity. One that generally avoids sentimental clichés and heavy handed moralising, while simultaneously maintaining a distinctly American knack for optimism. On album highlight, ‘Massive Nights’, he sings: “We had some massive highs / We had some crushing lows / We had some lusty little crushes / We had some all-ages hardcore matinee shows”. Supported by churning power chords and the rest of the band shouting along in a massive sing-along, it’s a rowdy little tune, perfectly designed for starting off a Friday evening at your mate’s house before heading out for a big night.

While Finn’s singing style is sure to grate on some nerves, the larger issue is this: The Hold Steady play deeply unfashionable music. Taking a cue from the classic rock beloved of auto adverts in the US, Boys And Girls In America occasionally strays into the kind of guitar lick-loving schlock frequently heard emanating from car radios across the mid-west states. ‘First Night’ even appears destined to soundtrack a scene in a Hollywood teen film where the likeable preppie, after a period of soul searching represented by footage of long solitary walks, finally realises it was never the glamorous cheerleader he loved but the cutesy girl next door he always saw as more of a friend. It stumbles dangerously close to Dawson’s Creek country, even though the actual lyrics deal with the far meatier issue of drug burnout.

At most, half the songs on this album are capable of successfully fusing Finn’s compelling narratives with rather less than impressive instrumentation for an effect that’s worth some merit. Unfortunately, it just doesn’t ‘hold’ for the remainder. Love them or hate them, and you’re likely going to be in one camp or the other, if there was ever a band who warranted having ‘Made in America’ stamped across their backsides for export purposes, it would have to be The Hold Steady.