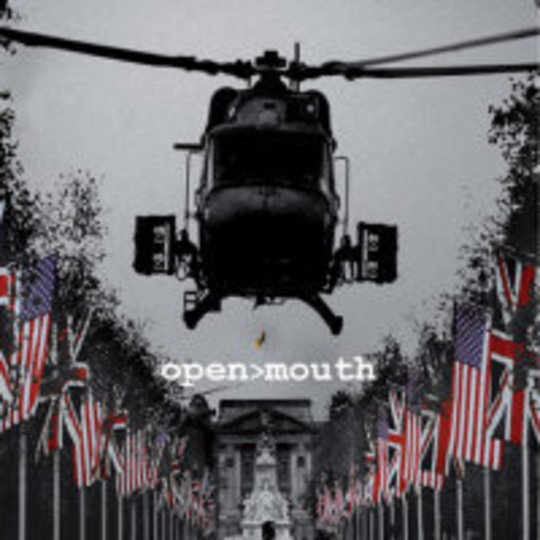 I can’t put into words with any eloquence how excited I was when Import/Export slipping through my letterbox. For a year I’ve waited for it, ever since it was announced that Miss Black America would go their separate ways (for the time being, at least). So, how does the solo venture from Seymour Glass (Open Mouth) fare?

'The Quietist' starts the record off magnificently. Seriously, if I could I’d quote you the lyrics to whole song, I would – such is his talent with the spoken word. Whereas Miss Black America lyrics were convoluted and riddled with hidden meanings, these are direct and to the point, the result of the transitional epoch leading up to the record’s release._ “I will hold my tongue no more,”_ he sings, and the album’s all the better for it.

A cursory glance at the cover of Import/Export suggests that the album is political – and in part, you’d be right. ‘Other Voices Other Worlds’ is the most strikingly obvious of the 12 compositions, with lyrics disillusionment with the impoverished state of British politics: “how can you talk civil liberty when I can’t come to you, and you can’t come to me”. And that moment sums up _Import/Export _– this is an album of built upon the culmination of everything he’s wanted to say over the past few years, be it politics, religion or love.

Import/Export isn’t just a bold statement lyrically, it holds its own musically too. Seymour’s voice subverts the expectations of a vocalist who under the dreaded singer songwriter title, something that those with a discerning taste in ‘acoustic’ music will be pleased to hear. His guitar playing – which, y’know, plays a major part when there’s only that and his voice and concerned – shifts from embossed melodic tones to shoegaze-influenced electric seamlessly at numerous positions during the record. It’s the direction that Miss Black America hinted at on Terminal, but one that couldn’t be continued under the moniker’s aesthetic ideals.

Miss Black America fans will revere this record, but it’s not exclusive to them. If you’re going to invest in any album by a ‘singer songwriter’ this year, then make it Import/Export – it’s a marvellous record, and I can’t recommend it enough.

Import/Export is available from R*E*P*E*A*T Records for the measly price of £5; 20% of the profits will go to War Child.