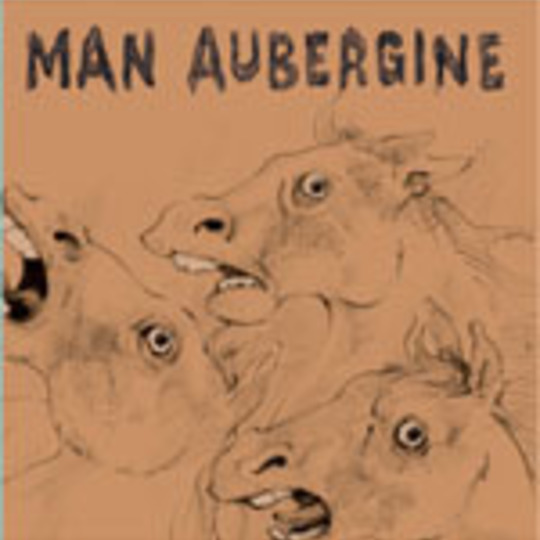 Just the right side of annoyingly ramshackle, the debut seven-inch from London-based ‘prog-grass’ trio Man Aubergine features a pair of dusted ditties singing and howling and banjo-plucking their merry way around the subject of family: the song titles are absolutely transparent.

The pick of the pair is ‘Twin Sister’, replete with its porch-on-a-prairie twang and the odd throw-the-head-back “Aaaaawooooohhh”. The protagonist, he’s in love with a twin sister, but the other sister’s in love with the same sister… or something. Lyrically, it’s all a little borderline incestuous; musically, it scoots along quite slightly and gently, unlikely to ever raise a pulse but pleasant nonetheless. The flipside, too, is cockle-warming in its compositional simplicity, the outfit’s bluegrass influences shining through.

Quite who buys records like this, a brace of songs so archaic in style it’s a wonder they’re even pressed onto modern-sized vinyl to be played at 45, I don’t know. But it’s unlikely those that do will be disappointed, even if this is far from revelatory stuff.