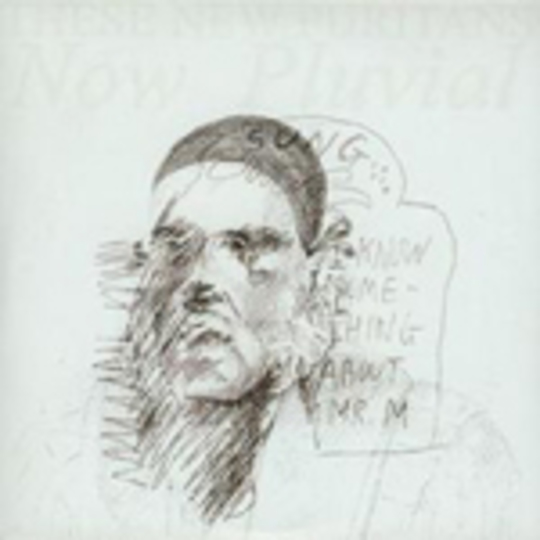 There is no other band in Britain that sounds like These New Puritans. If I had enough time to trawl through the musical backwaters of all the countries on Earth, I think I'd still struggle to find some lost twin.

When interviewers ask the usual questions about musical influences, TNP only seem able to respond with reticence and bewilderment. They don't place any special empahasis on sound as a sensory input. Musical influences are present though, most noticeably in the form of The Fall - not directly... more in the whirring, spindly rhythms that creep like a hamster-eating spider running in a hamster's wheel.

While fellow Southenders The Horrors and The Violets are happy to absorb the musical and sartorial IDs of their influences, TNP take the roaring, clunking, autistic noise that surrounds them during their factory shifts and channel it. They are a rebelling fuse, spokespeople for cold machinery, poster-kind for the singularity and all its pros and cons.

'Elvis' is the EP's A-side. It'd be a turned and stuck-hipped King that sequenced the circuits of this hiss-beaten valving. Sparks fall away from the guitars as they cut against the ceiling of the song like circular saws. 'C16th' is the sound of vital machinery falling apart, the ticking refrain "We were right, we were right, we were right" garbled bitterly with the knowledge that while history has no reward for the dying, the machines Puritans'd programmed would outlast their hot breath and pass said refrain on into objectivity. 'En Papier' is the record's stunning centrepiece; so solid a foundation it's unnerving.