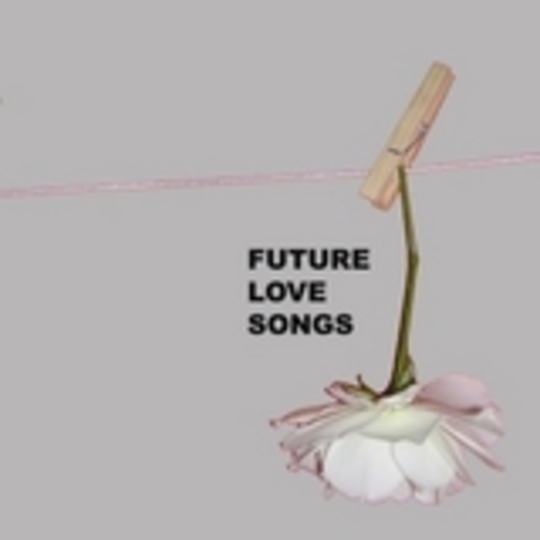 If one were to take compilations such as this as some kind of Trend Barometer (which you don’t have to – but come on, I need an angle here, so work with me on this) then after stringent listenings one might conclude that we are currently entering the Let’s Mix It All Up And See What Happens Era. Admittedly, there’s a fair bit of deviation from this tendency – but when around a third of the contents feature this scattershot, joy-of-experimentation approach, it tends to shape one’s lasting impressions.

Right, then. Twisted Charm mainly have a saxophone, an incredibly ratty and prominent bass, a love of repetition and a general joy de vivre which bounces them through the weaker aspects of their oddity-indie sound to leave a flawed-yet-fun impression which will be stuck in your head forever. The next band you’re doubtless already aware of: rave + rock ‘n’ roll + plus random mysticisms + vocals sometimes bordering on falsetto + a sense of fun and neon = Klaxons.

These New Puritans are frankly fantastic: a cross between The Fall and a catfight taking place in an alley with a particularly heavy dustbin concentration, they mix warp-factor synthesisers with lots and lots of fuzzy noise and then drawl/holler over the top of it. It's utterly mighty. To My Boy have more tunes and definition, more disco than rave or moshpit, but mixed with a demo scuzziness – however, it feels more like a collection of good sounds than a brilliant song in itself. Meanwhile, Lost Penguin’s contribution can best be described as a national emergency, a fairground ride, a computer game and a skipping-prone fast-forward function thrown into a blender and whirled together for 1.37 while someone jabbers nonsense over the top. Good stuff.

So yes: there are, to say the least, a fair few doses of mix ‘n’ match unexpectedness in here…

Not, of course, that those who don’t follow this approach fail to make an impression; indeed, far from it. Theoretical Girl sticks fairly closely to the lo-fi bedroom electro template on her track ‘The Hypocrite’, a concoction of fragmented bass, rattling snare, fuzzed-out trebly effects and emotionally spaced vocals which mesmerises with the power of repetition. The Long Blondes (here gracing us with one of their more pulse-pounding tracks in the form of ‘Lust in the Movies’) are, of course, a glamour-pop quintet with one foot in Different Class and the other in the _Grease soundtrack. The Violets layer empty space, feedback and psychedelia over and around each other to create an atmospheric, spine-chilling confection of sound topped with Alixus’ haunting, detached-yet-desolate vocals. Wet Dog have a channelled, primal power, stripping music right back to cavegirl basics and then loading those bare bones with a cavernous reverberation which has the power of a demonic, voodoo invocation – really damn exciting, spine-tingling stuff, oh yes indeed.

Those of you who like some Y-chromosomes in your more coherent musical sounds (in singers, that is – there were plenty of ‘em among the instrumentalists in that last paragraph) could try looking to Navvy. They sound a bit like The Yummy Fur, except not as venomous and therefore not as compelling a listen – but there’s nonetheless much fun to be found in their trivial, tuneful and percussive pop noise. If, however, it’s venom you’re particularly after, there’s always The Vichy Government, with a minimalist Casio, drum machine and spoken-word pop number on the painful irrelevance of heroes to real life. The Low Edges go for a more straightforward indie-blues narrative: background drones of synth, trebly (but not jangly) guitars and a vocal line about never leaving the house but swallowing the moon in the process, so it’s not depressing or anything. Just odd.

And then Mitten round things off with a shimmering acoustic incongruity. Lovely.

It’s clear, then, that this is a rather fantastic compilation and that you ought to go and buy it, as it will introduce you to some stuff that you might rather like. And then you can go and buy more stuff by the band that made that stuff, and good stuff will therefore abound.

Oh, and for the purposes of this review, the tracks of no particular interest don’t exist. You should try this approach to life sometime. It’s very liberating.