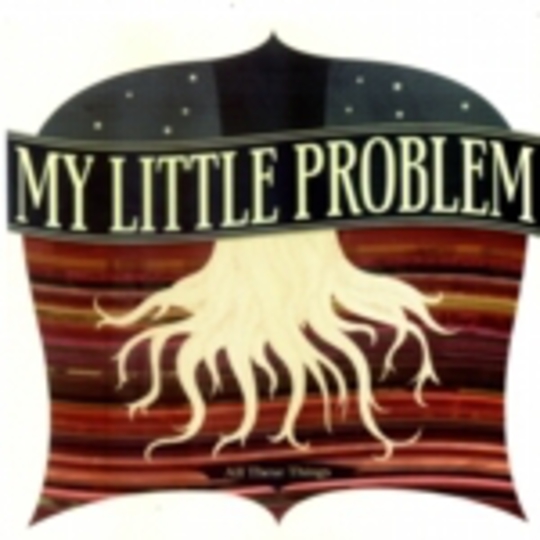 A heart bleeds dry down a microphone over three minutes; two near-identical vocal strands laid parallel, side-by-side like wounded soldiers on a battlefield. Such intense mourning over how life is incredible and, by its very nature, hideously awful at the same time was probably never meant to be so beautiful.

Despite communicating a startling sobriety, there’s a shimmering secret within My Little Problem’s debut single; a hidden quality which, for its duration, seems to align all of life’s uncomfortable mysteries and dismisses the inevitable unpleasantries with a shrug. The obvious comparison to the fragile folk approach would be Elliott Smith – thanks largely to vocalist Simon Janes’ similar vocal style – but the seven players accompanying him into the abyss transform this touching deathbed scene from a tear-stained tragedy into a picturesque, waltzing indie-folk masterpiece worthy of Bonnie ‘Prince’ Billy or Centro-Matic.

‘All These Things’ is a cold evening in with only the cheaply-branded bottle of whiskey and photo album full of dead memories for company, grinning emptily, sarcastically at what a complete bitch life really is, but safe in the knowledge that whilst your heart might currently be torn from its casing, at some point down the line you’ll probably cheer up and sort out getting Freeview and do all those other jobs you’ve been meaning to do since the last time you sat in this very position. Touching, moving and haunting.