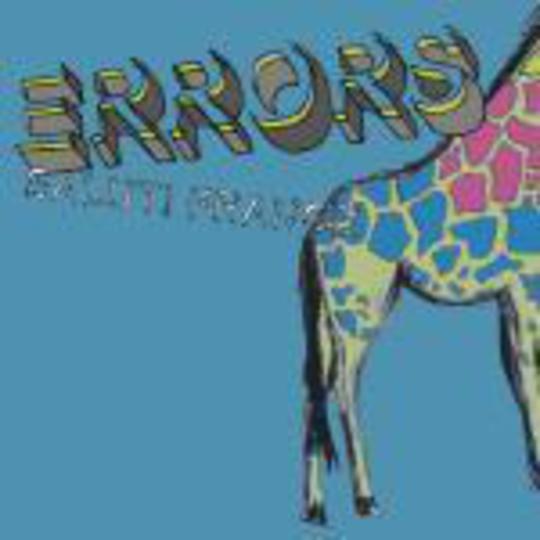 Ever wondered what Mogwai get up to in their spare time? Well here is one piece of evidence from Errors that shouldn’t go unnoticed. This single has been released on Mogwai’s record label and it shows astounding musical imagination, mixing up indie guitar with cocksure experimental techno beats and bobs.

‘Salut! France’ opens with a few seconds of distortion that bursts into beautiful electronic stuttering with a warm synthetic pulse spilling through. It could just be your average electronica, but when the breakdown oozes you are in for a surprise, as somehow Errors have managed to weave in some shoegaze guitar.

B-sidewise, ‘Maeve Binchy’ begins in more of a mellow Warp Records manner, bringing artists like Max Tundra or Autechre to mind. Inversely, this soon turns on its head and a stuttering kick drum rockets up the momentum, along with vocoder-ed vocals. It’s not quite as exciting as the A-side, but it’s enough to make this worth slinging onto your iPod for creative inspiration snack attacks.