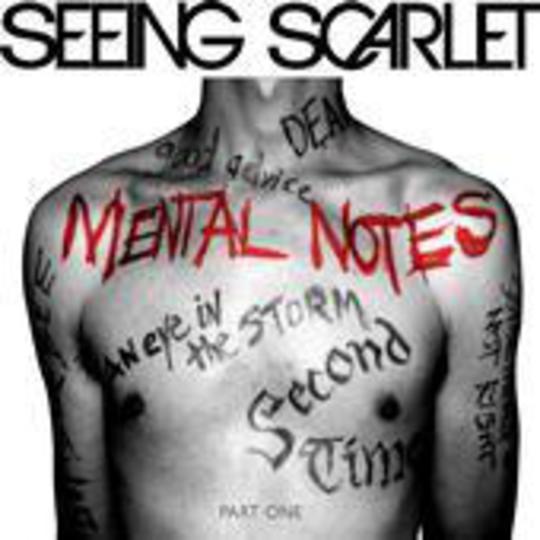 The internet. What is it good for? Absolutely loads if you count the number of new artists you've discoered thanks to the likes of MySpace, iTunes and of course these very pages here.

Sadly, the Add A Friend, Get A Record Deal culture seems to be reaching ridiculous levels, as so many bands are being signed solely on the basis of how many buddies they've accumulated - by hook but mostly by crook - through Tom's Site.

Seeing Scarlet have used the internet to great effect: it seems to have got them several high-profile shows, more buddies than your average indie band would ever sell records to, and the opportunity to release this, the first half of their debut album, as a download-only release.

"Genuinely anticipated!" screams the press release. By whom we're not sure, as at best Mental Notes (Part One) sounds like Robbie Williams fronting a Feeder covers band, and at worst, well... could it get much worse than that?

To be fair, there are a couple of moments on here where they do show some potential if they were to make that move away from the lonely path marked 'Distinctly Indie Ghetto'. Opener 'Good Advice' is all loud guitars coupled with angry vocals that evoke memories of Sheffield's most forgotten, The Longpigs, while closer 'Dead' is an ambitious, post-rock-in-a-Radio-2-vein slow burner that Mew may make by the time they reach album number six.

The rest, though, is merely indie-by-numbers; a post-Britpop stroll through future AOR territory that only your parents and occasionally theirs dare to tread.

Let's hope Mental Notes (Part Two) is an improvement, but until they grow some bollocks and stop listening to chart-lite fodder one fears the worst may still be to come.

A Matter Of Stubborn Pride