A Matter Of Stubborn Pride 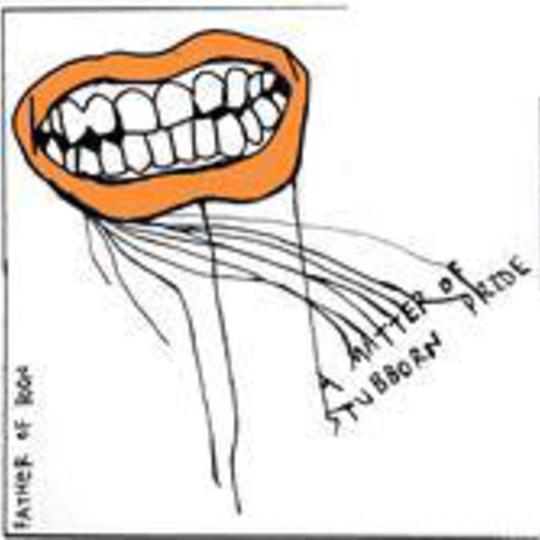 Essex boys Father Of Boon have been terrifying many an unsuspecting gig-goer for a few years now with their haphazard tales of despair and debauchery. A couple of EPs appeared down the line and now, four years on from their conception, they're ready to unleash their first long-player in all its unwashed, sour as an under-grown lemon glory.

A Matter Of Stubborn Pride features ten songs with little or no common bond linking them other than a sardonic edge that Mclusky used to eat and drink for breakfast, lunch and evening meal many moons ago.

What sets them apart, though, is that each song is bathed in heavily accentuated, polemic discussion about the merits of Internet John and Glassbeard among others. Perhaps even more audacious is the fact that for a band who perhaps only Andy Falkous and co. can rival in the song title stakes ('Father Of Boon Will Die In Terror' and 'Non Psychedelic Placement' are but two highlights), none of these are actually mentioned in any of the songs themselves.

Not that it makes any difference, as 'Father Of Boon Will Die In Terror' and 'Functions And Gatherings' are post-hardcore growlings of a Les(s) Savy Fugazi nature, while 'Glassbeard' could be The Streets in a parallel universe if the latter wasn't so ensconced in fake laddishness. Elsewhere, 'Rapper/Actor' is a mischievous three-minute rant about everything and nothing and closer 'We Make Progress' is the closest Father Of Boon will ever get to creating a new genre: post-agnst-rock, anyone?

All in all then, A Matter Of Stubborn Pride is a disparaging, yet interesting introduction to Father Of Boon's world. Let's just see what the next four years can conjure up...