The Destroyed Room: B-sides and Rarities 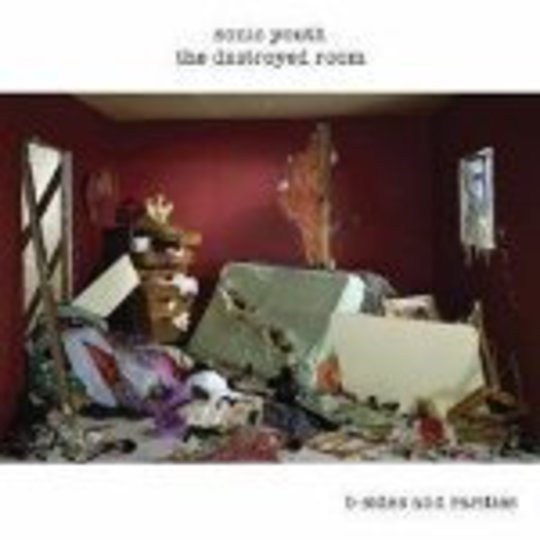 With over twenty studio albums to their name and a career that spans over a quarter of a century, the name Sonic Youth is synonymous with any kind of alternative genre of music you care to mention.

And that is part of the problem: Sonic Youth aren't exactly the easiest of listening experiences at the best of times. The chances are that most dalliances with this band will have been either fleeting, at different stages of their recording career, or more likely throughout their commercial years. As a fore-bearer of grunge, the band's videos formerly appeared with alarm-clock regularity on daytime MTV. Unless, of course, you are some kind of devotee with a musical taste that knows no boundaries beyond the realms of eclecticism, or indeed, tunes.

That's not to say, though, that there's anything wrong with only liking the commercial side of the band's output: the likes of Daydream Nation (1988), Goo (1990) and Dirty (1992) still stand the test of time now, nearly fifteen years after the latter's initial release. Their inspiration and legacy can be heard today, quite blatantly, in the work of artists as diverse as Melt Banana, Mates Of State and Comets On Fire.

Then again, if you haven't shopped around before and after those three must-have releases, you'll have missed the seminal Evol (1986), the rather distinguished (by their standards) Murray Street (2002), and this year's return to form Rather Ripped. Each is a welcome addition to anyone's record collection, whether the individual is a hardcore fan or floating voter.

Now the downside, as there always is one.

One of Sonic Youth's most endearing traits has also undoubtedly been their downfall in a lot of people's eyes: they simply refuse to play by the rules. Unfortunately, that means that a lot of the more 'experimental' moments of their repertoire can be downright unlistenable. Which brings me to The Destroyed Room.

For starters, let's remember that this is a compilation of b-sides, outtakes and rarities, and should be treated as such: considering what has made the cut over the years suggests that what wasn't worthy must be really bad. One listen to the opening ten-minute droneathon 'Fire Engine Dream' confirms this fear, sadly.

The majority of this record meanders along like a fuel-starved express train whose driver has taken an extended lunchbreak; experimental noise follows more experimental noise. It wouldn't sound so bad if there was some kind of maintained theme or coherency, but these songs appear to have been randomly selected from anywhere between 1991 and 2005. To say that most of it doesn't fit is being kind.

Nevertheless, there are one or two saving graces amongst the pack, such as the Kim Gordon-ushered lullaby 'Razor Blade' and the delightful mini-frenzy that is 'Beautiful Plateau'. But most of this record is aural torture.

For that reason alone, The Destroyed Room should come with a warning sticker: 'For Hardcore Fans With Tinnitus Only'.

Bugpowder at Barfly at The Graduate, Cambridge, Mon 04 Dec